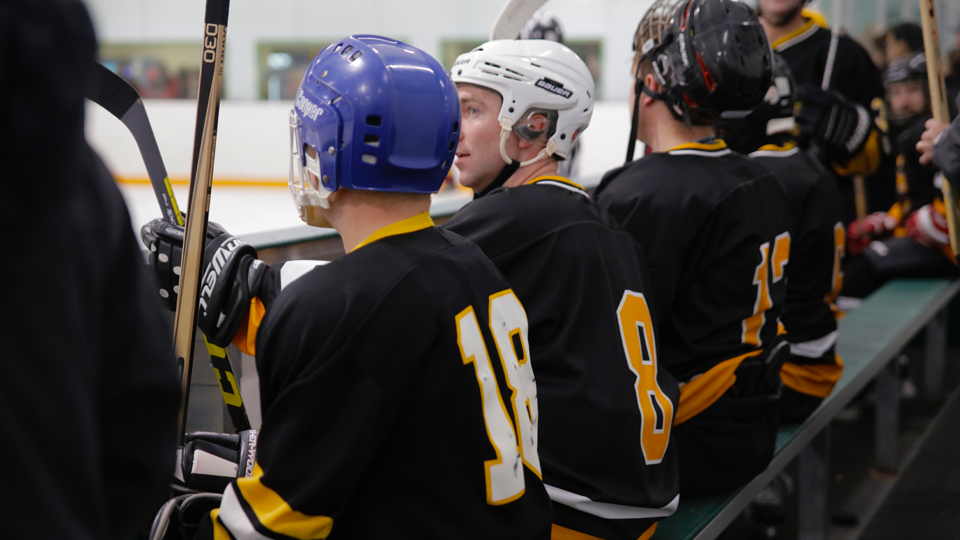 In an age where we have phones, laptops, movies, Instagram, video games, sports activities, and friends to keep us entertained, a hockey game at a local arena might not be top priority. Yet over 400 people of all ages filled the arena in Ennismore, a small town in Ontario, last January, to watch 12 priests play hockey against a group of young men from St. Joseph’s parish in Douro. Fr. John Perdue, Director of Vocations for the diocese of Peterborough, brought the priestly players together under the banner of the Flying Fathers, a well-known and beloved team, especially, in rural Canada. The Flying Fathers were founded in 1963 by Fr. Les Costello and Fr. Brian McKee to raise money for charity. For 45 years, they toured North America and Europe, and over the years, Fr. Les became the heart and soul of the team. However, the team met its demise in 2008. Fr. Les died in 2002 and they were unable to find more young priests who could play hockey. On January 29, 2018, the Flying Fathers made a memorable comeback. I was also there to witness it with Salt + Light, along with cameraman, David LeRoss, and social media manager, Laura Miklas. We had no idea the story of the Flying Fathers pulled on so many heart strings. The legacy of the Flying Fathers was keenly felt. Older generations recalled fond memories of cheering for the original team or of meeting Fr. Les Costello in person; younger ones were instantly sold on the idea of the hockey-playing priests returning to the ice. There was a spark in the crowd. Although Fr. Costello is no longer with us, his dream of bringing families together through laugher was fulfilled once again that Monday night. Putting together a Catholic Focus episode on the Flying Fathers was a joyful experience. It was important to recreate for our viewers the excitement and hope we were left with after that day of filming. There was one element I deliberately included in the episode, which is perhaps a lesser-known piece of the Flying Fathers narrative. Fr. Les Costello, when interviewed, always insisted his patron saint, Martin de Porres, be given equal importance. For that reason, I wanted to ensure this 16th saint had some “air time” as well. We spent a full day in Peterborough to capture this historic moment. We spoke to Fr. John Perdue and the former General Manager of The Flying Fathers, Frank Quinn, as well as Sister Mary Catherine Perdue, of the Sisters of Our Lady Immaculate and real-life sister of Fr. John, and many others who have been a part of the Flying Fathers’ story thus far… To watch S+L’s recent Catholic Focus episode on the Flying Fathers, click HERE.