The First Chair in Bioethics in Eastern Europe: In conversation with Dr. Yury Monczak

On Sunday, February 28th, Dr. Yury Monczak, PhD, will be speaking about the first-ever Chair in Bioethics at the Ukrainian Catholic University.  Dr. Monczak is the Director of Molecular Pathology at the SMBD Jewish General Hospital and Assistant Professor at McGill University in Montreal.  He will be speaking at the residence of the Ukrainian Church of St. Demetrius on La Rose Avenue in Toronto.  I had a chance to talk to him last week. 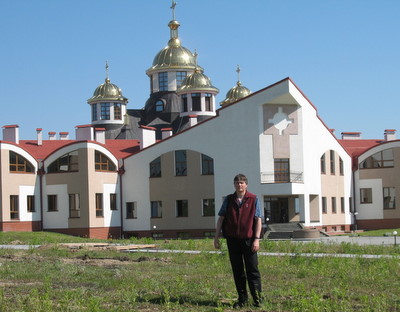 Mary Rose: This Chair in Bioethics was funded by you and your mother three years ago.  What is the great significance of this Chair in Bioethics? Dr. Monczak: This is the first Chair in Bioethics in the whole of post-Soviet Eastern Europe.  No other university in that part of the world has implemented such a chair of studies, so this is a historical first.  The communist ideology, which ruled for two generations in Eastern Europe, was far from espousing Catholic views, if not outright hostile to them.  Therefore the creation of a Chair in Bioethics fulfils an extremely important function and provides a desperately needed resource for addressing ethical issues in Eastern Europe.  The chair was funded by my mother and me three years ago, with the aim of making it into a full department. Mary Rose: What does it mean to have a Chair in Bioethics? Dr. Monczak: A Chair of studies usually includes one professor with staff in one area of research.  A department would be a whole staff of professors and researchers in different areas of studies related to one field (e.g., bioethics). However, as a chair, we are already offering courses in bioethics not only for full-time students of the University, but also for physicians, health-care workers, nurses, school-teachers and social workers. A Certificate in Bioethics is awarded for successfully completing the 200-hour curriculum.  The successful graduates, in turn, are called upon to implement their acquired knowledge in hospitals, clinics, orphanages, social networks, schools, etc.  Thus it is a far-reaching program that has immediate beneficial effects on the whole of society. 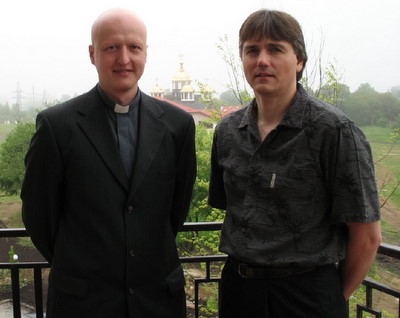 Presently, the Ukrainian government doesn’t have any guidelines in bioethics in Ukraine.  It’s basically a “free for all”.  However, the Ukrainian government has asked the head of the Chair in Bioethics to be part of a committee to formulate policies and laws in Ukraine dealing with bioethical issues.  The Head of the Chair in Bioethics is Fr. Ihor Boyko, PhD, Dean of the Faculty of Philosophy at the Ukrainian Catholic University.  He has been schooled in the top universities of Rome and has an extensive network with leading ethicists in Europe. I have been interested in the field of bioethics here in Canada for many years, since I face these conflicts day to day in my professional line of research and work.  Concepts such as stem cell research, in-vitro fertilization, euthanasia or organ donation are becoming quite controversial, and solid, scientific arguments must be made in line with the teaching of our Christian faith.  The Chair in Bioethics of the Ukrainian Catholic University addresses precisely these issues in a land where ethical concerns are far from important. Mary Rose: This Chair in Bioethics resides at the Ukrainian Catholic University. How was this Ukrainian Catholic University started? Dr. Monczak: It was started at the beginning of the 20th century by the head of the Ukrainian Catholic (Byzantine) Church, Metropolitan Andrey Sheptytsky.  Due to political reasons, the university was never allowed to come to fruition, and so it started back again in the 1920s in Ukraine in the form of the Theological Academy.  It kept on developing and growing until 1944, when the communist Soviet regime invaded Ukraine and closed it down, arrested all the clergy and bishops and sent them to concentration camps.  From 1945 it was dismantled, but many immigrants, including clergy and bishops fled Ukraine and restarted the university in Rome in 1968. It grew in Rome but after the collapse of the Soviet Union, this university moved back to Ukraine, although the campus in Rome remains operational. The institution in Ukraine was accredited with a status of university, with a North-American-styled curriculum and an international board of governors.

For further information about this presentation and other UCU news,visit the Ukrainian Catholic Education Foundations website at www.ucef.ca.