The Feast of St. Joachim and St. Anne 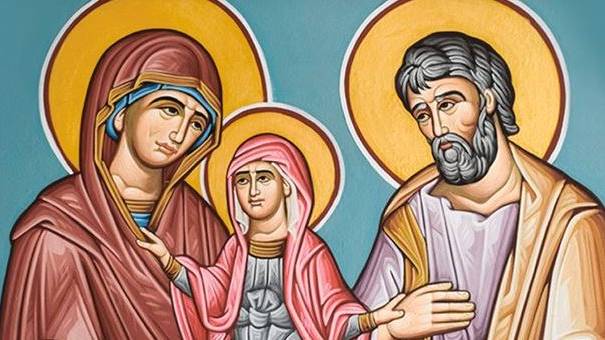 Today, July 26th, the Church remembers St. Joachim and St. Anne, the parents of the Virgin Mary. Despite the importance of their role as the maternal grandparents of Jesus, we do not know too much about them. Regarding Joachim, we know that he was a shepherd from Jerusalem, married to Anne. They did not have any children, and they were a rather elderly couple when, one day, while Joachim was at work in the fields as usual, an angel appeared to announce the birth of a child, and Anna also had the same vision. So they called their little girl Mary, which means “loved by God,” and then they moved to Nazareth, where they educated Mary, teaching her the law of the Lord. We do not know when Joachim and Anne died, and for many centuries their memory remained in the shadows. St. Anne is invoked as the protector of pregnant women, who turn to her to obtain from God three great favours: a happy birth, a healthy child, and sufficient milk to be able to raise the baby. And she is the patron of many jobs related to her duties as mother, including washerwomen and embroiderers. St. Joachim only found space in the liturgical calendar in 1584: initially on March 20th, moving to Sunday in the octave of the Assumption in 1738, then to August 16th in 1913, before rejoining his holy wife on July 26th with the new liturgical calendar. In Rome, the church of Santi Gioacchino e Anna is located in the area of Torre Maura, in viale Bruno Rizzieri. Designed by architect Sandro Benedetti and built between 1982 and 1984, it was solemnly consecrated on April 12, 1984. The church of Sant'Anna in the Vatican is obviously much better known, where celebrations have been held in her honour today. A Mass took place at noon, during which Gioele Schiavella, the emeritus parish priest, was honoured for his seventy-three years of priesthood. The liturgy was enlivened by the choir directed by Maestro Gaetano Civitillo. In the evening, Cardinal Angelo Comastri, Vicar General of the Pope for the Vatican City, celebrated the Eucharist, during which pregnant women entrusted themselves again to the grandmother of Jesus. The day ended with a concert for violin, organ, and soprano, in which Marian antiphons were sung.