The environment was calling, calling me! 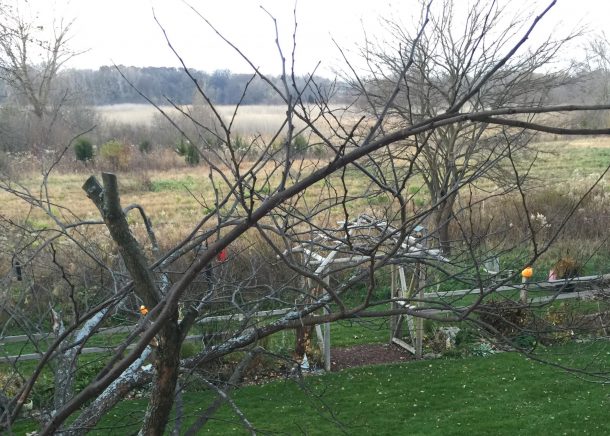 It’s “Laudato si’ Week”, an anniversary movement to celebrate and implement the landmark encyclical of Pope Francis on care for our common home. As the website indicates, this week is about reflection and action; it’s about bringing the rich teachings of the document to life in our communities.  Last week I heard a wonderful story that I wanted to share with our S+L readership.  I was teaching in the Summer Institute at Catholic Theological Union in Chicago; the course was on media and communications in the era of Pope Francis.  One of our class periods was dedicated entirely to Laudato si' and how the Pope sees the ecological crisis as an opportunity to open lines of communication between countries and cultures.  During our discussion, one of the students, Maryellen Knuth shared this amazing story of Laudato si' in action!

Let me preface this story by telling you that at the time I did not recognize this as a call.  I answered something that I felt deeply in my core, but I am not sure I could have expressed it in words at the time. In 1999 I was disturbed by a soil testing truck that I saw out my kitchen window on the 88 acre wetland that backs up to our property.  I made some phone calls and found out that a housing developer was planning to build half million-dollar homes on that wetland.  Daily for almost three months I called neighbors, environmentalists, fish and wildlife preserves, conservation organizations and specialists, village trustees, forest preserve commissioners, and anybody I could find to help try to prevent the destruction of this beautiful piece of property, which was also a home to abundant wildlife. What began as a disturbance in me quickly became a vision for the people living around the wetland, and they came together to save it.  We gathered in homes to strategize about how to fight the developer and the village, and to solicit the help of the forest preserve by bringing this piece of property to their attention as a piece of land they might be interested in purchasing.  We lived and sweated for that wetland as we educated ourselves about issue, made phone calls, obtained aerial photos of the area, circulated petitions to all four borders of the wetland, and attended each monthly village meeting for a year and a half. The battle went into litigation, first circuit court (we lost and filed an appeal) and then appellate court.  I am proud to say that in February of 2004 (5 years later) we got word that the forest preserve was settling with the seller a fair price for the land.  The wetland had been saved! Simply stated, I answered a call to be an advocate for the environment.  I didn't really stop to think about it, I just acted on it, the call.  I think it was always part of me, no discernment was necessary, action started immediately.  I never said, "what if...", "I don't have time", or "what will this entail?"  Answering the call quickly became a vision that was carried on many shoulders, embodied in the strong hearts of the people who fought for it.  People who didn't know each other before came together in a remarkable way to realize that common vision. My story can be summed up in a wonderful quote I had hanging on my back door along with my kids’ schoolwork.  I came across this quote in the midst of our battle for the wetland.  But it took on new meaning as we became the quote!
"Never doubt that a small group of thoughtful committed citizens can change the world; indeed, it's the only thing that ever does." Margaret Mead

Maryellen Knuth is the Director of the Emmaus Formation for Ministry Program for lay students studying advanced degrees at Catholic Theological Union in Hyde Park, IL.  In 2005, she graduated with a MAPS degree from CTU.  She has been married for forty years, and has five children and four grandchildren. She lives on the edge of a preserved wetland in Bartlett, IL.