The Cross, the Only Hope of the World 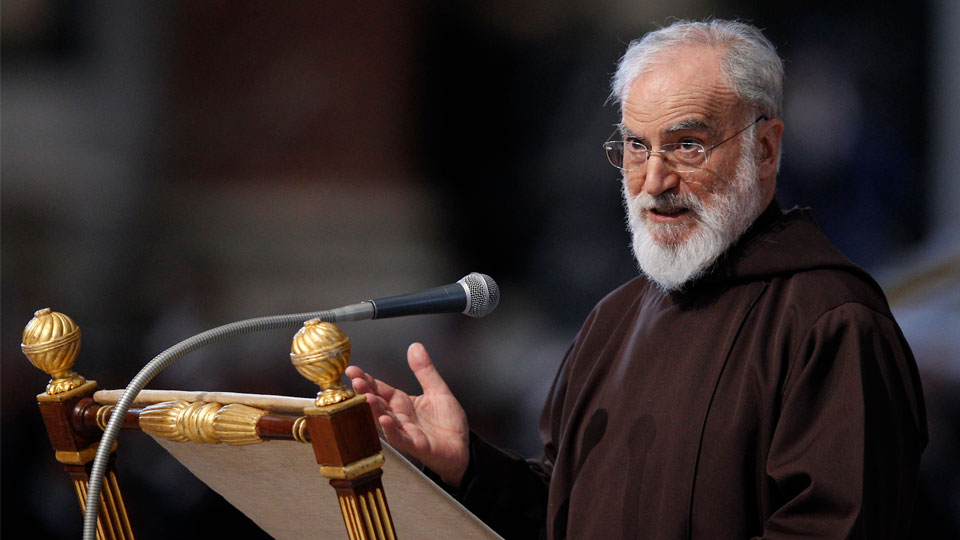 CNS photo/Paul Haring
On Good Friday at 5:00 p.m., Rome time in St. Peter’s Basilica, Pope Francis presided over the celebration of the Lord's Passion. During the Liturgy of the Word, the Passion according to the Gospel of John was proclaimed. This was followed by the homily delivered by the Preacher of the Papal Household, Fr. Raniero Cantalamessa, O.F.M. Cap. The Liturgy of the Passion of the Lord continued with the universal prayer and adoration of the Holy Cross and ended with the distribution of Holy Communion. Here is the full text of the prepared homily: 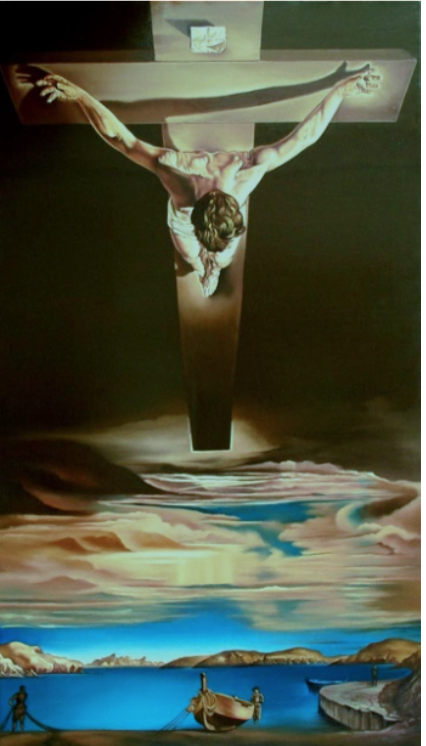 A surrealist artist from the second half of the last century (Salvador Dalí) painted a crucifix that seems to be a prophecy of this situation. It depicts an immense, cosmic cross with an equally immense Christ seen from above with his head tilted downward. Below him, however, is not land but water. The Crucified One is not suspended between heaven and earth but between heaven and the liquid element of the earth. This tragic image (there is also in the background a cloud that could allude to an atomic cloud) nevertheless contains a consoling certainty: there is hope even for a liquid society like ours! There is hope because above it “the cross of Christ stands.” This is what the liturgy for Good Friday has us repeat every year with the words of the poet Venanzio Fortunato: “O crux, ave spes unica,” “Hail, O Cross, our only hope.” Yes, God died, he died in his Son Christ Jesus; but he did not remain in the tomb, he was raised. “You crucified and killed Him,” Peter shouts to the crowd on the day of Pentecost, “But God raised him up” (see Act 2:23-24). He is the one who “died but is now alive for evermore” (see Rev 1:18). The cross does not “stand” motionless in the midst of the world’s upheavals as a reminder of a past event or a mere symbol; it is an ongoing reality that is living and operative. *** We would make this liturgy of the Passion pointless, however, if we stopped, like the sociologists, at the analysis of the society in which we live. Christ did not come to explain things but to change human beings. The heart of darkness is not only that of some evil person hidden deep in the jungle, nor is it only that of the western society that produced it. It is in each one of us in varying degrees. The Bible calls it a heart of stone: “I will take out of your flesh the heart of stone,” God says through the prophet Ezekiel, “and give you a heart of flesh” (Ez 36:26). A heart of stone is a heart that is closed to God’s will and to the suffering of brothers and sisters, a heart of someone who accumulates unlimited sums of money and remains indifferent to the desperation of the person who does not have a glass of water to give to his or her own child; it is also the heart of someone who lets himself or herself be completely dominated by impure passion and is ready to kill for that passion or to lead a double life. Not to keep our gaze turned only outward toward others, we can say that this also actually describes our hearts as ministers for God and as practicing Christians if we still live fundamentally “for ourselves” and not “for the Lord.” It is written that at the moment of Christ’s death, “The curtain of the temple was torn in two, from top to bottom; and the earth shook, and the rocks were split; the tombs also were opened, and many bodies of the saints who had fallen asleep were raised” (Matt 27:51). These signs are generally given an apocalyptic explanation as if it is the symbolic language needed to describe the eschatological event. But these signs also have a parenetic significance: they indicate what should happen in the heart of a person who reads and meditates on the Passion of Christ. In a liturgy like today’s, St. Leo the Great said to the faithful, “The earth—our earthly nature—should tremble at the suffering of its Redeemer. The rocks—the hearts of unbelievers—should burst asunder. The dead, imprisoned in the tombs of their mortality, should come forth, the massive stones now ripped apart.” (“Sermon 66,” 3; PL 54, 366). The heart of flesh, promised by God through the prophets, is now present in the world: it is the heart of Christ pierced on the cross, the heart we venerate as the “Sacred Heart.” In receiving the Eucharist we firmly believe his very heart comes to beat inside of us as well. As we are about to gaze upon the cross, let us say from the bottom of our hearts, like the tax collector in the temple, “God, be merciful to me a sinner!” and then we too, like he did, will return home “justified” (Lk 18:13-14).