The Chair Recognizes the Gentleman from Vatican City 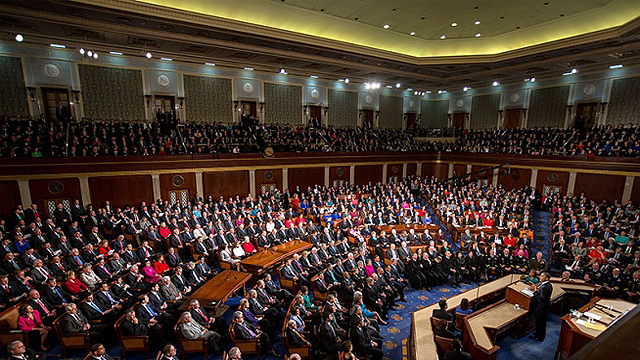 For the first time in its 239-year history, a pope will address the United States Congress. The news broke at the end of last week that Pope Francis would address a joint sessions of America’s two legislative bodies, the House of Representatives and the Senate. This would make the pope only the third foreigner in history to be granted the privilege of such an address. Joint Sessions of Congress are almost exclusively reserved for the President’s State of the Union Address, which should put into context the significance of this event. The only other non-Americans to have done what the pope will do, were French Ambassador Andre de Laboulaye who in 1934 spoke on the centennial of the death of the Marquis de Lafayette, as well as Cuban Ambassador Guillermo Belt who in 1948, commemorated 50 years of Cuban independence. Like his speech to the European Parliament at the end of last year, Francis’ address to Congress exemplifies the renewed role for the papacy in the upper echelons of international affairs. Not even Saint John Paul II, who travelled to the United States seven times, was afforded such an opportunity, despite playing a critical role in the demise of communism. So then what does a pope say when addressing arguably the most powerful legislative body on the planet, especially if he stays true to form and does so with a nothing to lose attitude? What we have is the makings of a speech for the history books. Speaking to America’s domestic or foreign policies, its military might or the impact of its economic choices, Francis has a wealth of material to work with. In a stark rebuke of the Obama Administration’s desired military intervention in Syria, which was backed by lawmakers from both sides of the aisle, Francis held a prayer service for peace in St. Peter’s Square. Whether or not the mainstream media chooses to credit His Holiness with helping prevent military intervention through the power of prayer, his call to action cannot be ignored. The drums of war were beating strongly, with most experts predicting imminent intervention. Yet a series of events including the pope’s call for prayer saw history take another course. There will be members of the president’s administration as well as those in congress who won’t soon forget that. Much the same, Francis’ past critiques of capitalism are sure to be fresh in the minds of many when he speaks in the House of Representatives this September. There will be many watchers who will be keen to see just what elements of American economic system the pope speaks to, with more and more questions being asked about things like growing income inequality and the Federal Reserve System. However there will be no topic more volatile than immigration. It has not only sharply divided lawmakers, but America as a whole. Some, including the US bishops, have argued for amnesty for illegal immigrants, while others have said that such a policy would only further encourage people to come and exploit a broken system. Let’s be clear, if Francis stands up in front of Representatives and Senators and calls for Amnesty, it will be nothing short of a Congressional earthquake. Being the first Latin American pope and given his past remarks on the topic, this isn’t out of the realm of possibility. But a fundamental question remains: is it the job of a Pontiff to so specifically weigh in on a domestic policy issue? Doing so might seem like the right thing to do to some, but given the weight of his office, it is likely to drive yet a greater wedge between two sides of a deeply divisive argument. If one thing about the papal visit to DC is certain, it is that Pope Francis’ Address to the Joint Session of Congress is very likely to be the centerpiece of his entire US visit. Whether or not that is his what he or the Vatican want, the optics of alone of a pope standing at the speaker’s podium in the House of Representatives will be something for the history books.