This is certainly a weekend dedicated to Brother André Bessette. 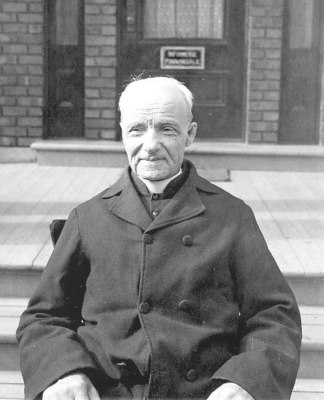 Check out our Salt + Light coverage schedule of the canonization of Br. André Bessette here. The live coverage in French begins on Saturday, October 16th at 7 pm ET.  Host Sébastien Lacroix will be joined by Rita Sawaya in Rome and by Laura Ieraci at the crypt in Saint Joseph’s Oratory in Montreal.  Mass and a candlelight vigil will be followed by the Salt + Light premiere of the French documentary Portier de Dieu:  Saint André de Montreal at 9:30 pm ET. On Sunday, October 17th at 3:45 am ET, Sébastien Lacroix hosts the French coverage of the Canonization from Rome.  Mary Rose Bacani will host the English coverage of the Canonization beginning with interviews in Rome at 9:30 am ET. The Mass coverage begins at 10 am ET.  At 9 pm ET, Salt + Light will premiere the English documentary God’s Doorkeeper:  St. André of Montreal. And tune in on Monday, October 18th, at 4 am ET, for the Mass of Thanksgiving at Sant'Andrea delle Valle in Rome, to be presided by Jean-Claude Cardinal Turcotte, Archbishop of Montreal.  The coverage will be hosted by Fr. Thomas Rosica, CSB. - Photo: Saint Joseph’s Oratory Archives