The Battle of Lepanto Revisited 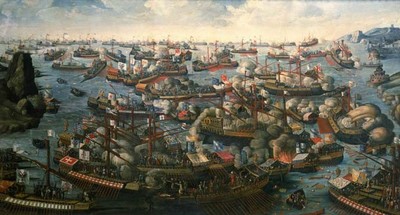 As a former history major I have always been fascinated by the epic naval battle of Lepanto, considered by many historians to be one of the pivotal battles in western civilization. That is why a recent statement by Bishop Robert W. Finn of Kansas City, Missouri caught my eye. With the US Presidential elections upon us and Catholics across the United States divided in their support of John McCain and Barack Obama, Finn compared the upcoming election to the situation Christian culture faced at the time of the Battle of Lepanto. That is an astounding claim, and requires a look back at the events of that decisive encounter. In the year 1571 the very existence of Christendom was threatened by the invading Ottoman Turks who had attacked and captured Christian strongholds throughout the Mediterranean. Their strategy was to control the sea, the trade routes, and to conquer all of Europe. Pope Pius V was the Pope during this dramatic struggle for the survival of Christian civilization. He was able to form the Holy League, an allied fleet of the Knights of Malta, Spanish, Venetian and Papal ships. However, he did not just resort to arms. On October 7, 1571 as the combined forces of Christian Europe fought for their very survival in the Battle of Lepanto, Pius V prayed the rosary with thousands of believers in the Basilica of Santa Maria Maggiore in Rome. The Christian forces were victorious and ever since the Catholic Church has celebrated October 7 as the feast day of the Holy Rosary. In his letter Bishop Finn called on his diocese to turn to the Rosary in the defense of human life, much like 16th century Catholics asked Mary’s intercession for the survival of their faith and families. Finn wrote: 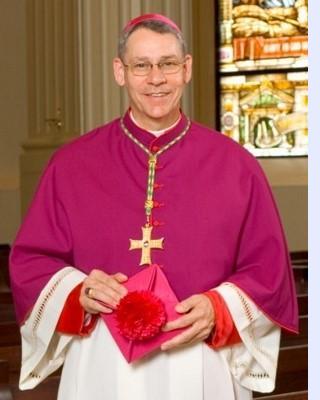 Our Catholic moral principles teach that a candidate's promise of economic prosperity is insufficient to justify their constant support of abortion laws, including partial-birth abortion, and infanticide for born-alive infants… Join me in calling upon Mary in this month of the rosary. In 1571, in the midst of the Battle of Lepanto, when the future of Christian Europe was in the balance and the odds against them were overwhelming, prayer to Our Lady of the Rosary brought the decisive victory. We ask her now to watch over our country and bring us the victory of life.

As our southern neighbours contemplate their vote in this crucial election let us join them in prayerful support through the most holy Rosary, and pray that they will faithfully contemplate the words of Pope Benedict XVI, who has instructed us on our proper priorities in the voting booth. He wrote:

The fundamental human right, the presupposition of every other right, is the right to life itself. This is true of life from the moment of conception until its natural end. Abortion, consequently, cannot be a human right - it is the very opposite. It is 'a deep wound in society.