Welcome to the third of a series of blogs on the legacy of Brother André!
As I mentioned in previous blogs celebrating Br. André Bessette’s canonization, a Salt + Light crew traveled to the United States in July for the documentary on Br. André.  Our last stop was... Manchester, New Hampshire!  We wanted to stop by New England because Br. André spent time working in the mills there, and he frequently visited that area after becoming a Brother.  There we visited with the Congregation of the Sisters of Holy Cross. It was a real pleasure to have interviewed Sr. Carol Descoteaux CSC and Sr. Cecile Charette CSC.  I couldn’t believe how much of an influence Br. André has had and continues to have on the French-speaking communities in New England and beyond.  It was like spending time with his family members – that’s how well-loved he is there. Sr. Carol and Sr. Cecile weren’t the only ones with personal stories and testimonies about Br. André.  I was so moved by the other Sisters who wanted to share what Br. André has done for them.  They met with me, gave me a hug, and shared their joy of knowing him. Here are excerpts from their own accounts.
From Sr. Louise Audette CSC:
Sr. Louise Audette shares that her father, who was born in Farnum, PQ, personally knew Brother André Bessette CSC.  He considered Br. André as a brother and a friend. 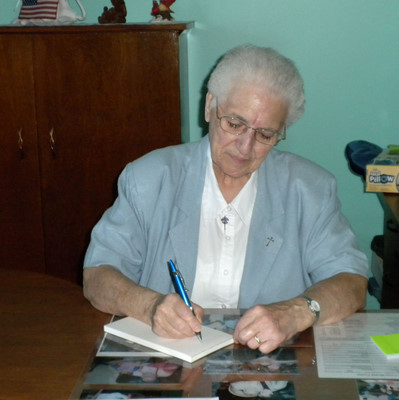 After my father Ovila Audette and his family moved to North Grosvenor Dale, Connecticut, they received yearly visits from Br. André when he passed through town after visiting relatives in Sterling, Massachusetts, which was close by, right above the Connecticut border from us.  At age two, I developed a serious case of swollen/infected glands, and my parents called for the local physician. The doctor made an incision on each side of my neck and said, ‘I've done all I can; if these glands don't burst and drain, your daughter will surely die’.  I was told that my dad, a man of great faith in God, began rubbing the oil of St. Joseph on my glands daily while, at the same time, pleading with Br. André to intercede before God for my healing. These prayers were answered.  The infected glands did burst and I have been blessed with a long, healthy life. To this day, I offer prayers of gratitude to both Br. Andre and St. Joseph for this miraculous cure... 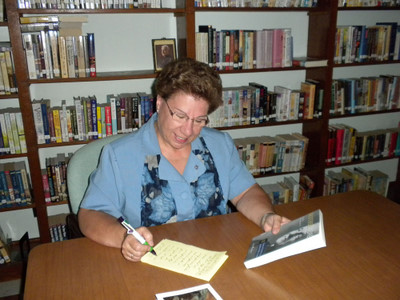 Brother André Bessette CSC holds a place of great honour in my family!  I grew up in New Hampshire. My parents and grandparents, on both sides, were of French-Canadian descent. My mother had an unwavering devotion to St. Joseph and greatly admired Br. André for spreading the devotion to St. Joseph throughout our New England states and beyond.  As a young child, I witnessed a ‘miraculous healing’ as a result of many prayers and petitions to both Br. André and St. Joseph...  When my maternal grandmother was diagnosed with a ‘ruptured disk’ in the early 1950s, prior to the sophisticated surgical procedures of today, she was told by doctors that she likely would never walk again.  My grandmother held firm in her faith and decided to undergo the surgery which, at that time, was quite risky. She had complete trust that her prayers to Br. André, the Miracle Worker of Mount Royal, would ensure a positive outcome.  She also made a promise that, if she could walk again, she would make a pilgrimage to St. Joseph’s Oratory every single year for as long as her health would allow it.  She kept this promise faithfully.  Once she was back on her feet and able to travel, my grandmother went to Montreal to place her steel brace at St. Joseph’s Oratory as testimony to what she experienced as a ‘miraculous healing’!  To this day, I can still picture her waiting with the many other pilgrims to board the bus leaving our parish parking lot for the yearly trip to Montreal... How filled with awe, wonder and gratitude I was when, as a young postulant in the Congregation of the Sisters of Holy Cross, I went on my very first trip to St. Joseph’s Oratory! Though I have visited many times since then, the powerful impact of that ‘very first visit’ is close to my heart to this day! 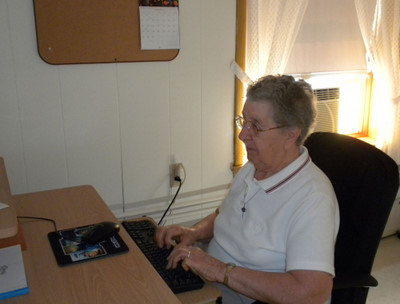 At six weeks of age, Raymond's grandson, Toby-Jo Stone, was diagnosed with Congenital Toxoplasmosis Spastic Cerebral Palsy with developmental delay, hearing loss and impaired vision.  Physicians indicated to Ray and his wife that Toby would likely have a very short lifespan.  When Toby-Jo was four years old, Ray and his family made a pilgrimage to St. Joseph's Oratory in Montreal.  Ray climbed the Scala Sancta with Toby in his arms, then placed Toby on Brother André's tomb as he prayed for healing.  Though Toby-Jo did not experience a physical cure, it is considered a miracle that Toby-Jo Stone is still alive today at age 31 and, in his own way, brings joy to all those who meet him, know him and care for him. 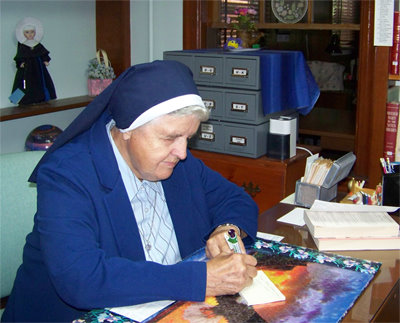 It's through my mother Marianne Bourgeois Gagnon that I developed a lifelong devotion to Brother André Bessette CSC.  My family lived in New Bedford, Massachusetts, where Br. André visited relatives every year during the summer months.  Br. André was very familiar with the area because, as a young man, he had worked in the cotton/woolen mills of Fall River, Massachusetts, just north of New Bedford, as did thousands of French-Canadian immigrants in the early part of the 20th century. My mother knew Br. André personally and spread the devotion to both Br. André and St. Joseph in the area of southeastern Massachusetts, going on many pilgrimages to St. Joseph’s Oratory during her lifetime. When my mother was dying, she kept a photo of Br. André in her hand.  She died looking at that picture, with the sure conviction that she would soon see her dear Mom and Br. André in heaven.

About (not from) Sr. Cecile Charette CSC: 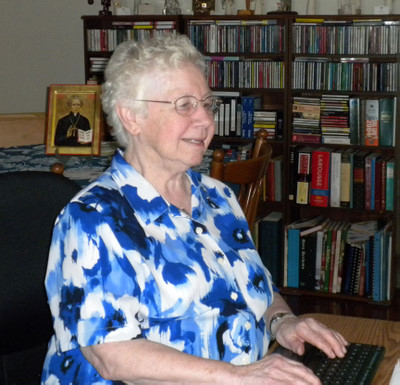 I had to write this one for Sr. Cecile myself.  She is so humble that she doesn’t want to talk too much about herself.  For Sr. Cecile:

...the greatest miracle of Br. André is the existence of St. Joseph’s Oratory.  People who go there still believe in miracles…  there are Eucharistic Celebrations going on all day and people still come...

Sr. Cecile can go on and on about Br. André and his influence today.  I can’t reveal too much of her connection with Br. André because that will come out in our Salt + Light documentary.  But I will reveal that she would see him around as a high school student, and she got the “scoop” from the nurse who held the dying Br. André in her arms! Stay tuned...