Pope Benedict XVI attended the world premiere of "Testimony" with good reason.  Certainly, a John Paul II biopic is timely, given that today marks the 30th anniversary of his pontifical election. And yes, some visual stimulus is in order for the Synod Fathers, who have daily endured the rigorous schedule of long speeches. However, the film adaptation of Cardinal Stanislaw Dziwisz's 2007 memoirs should not be disregarded as merely another portrayal of man we already feel we know so well. 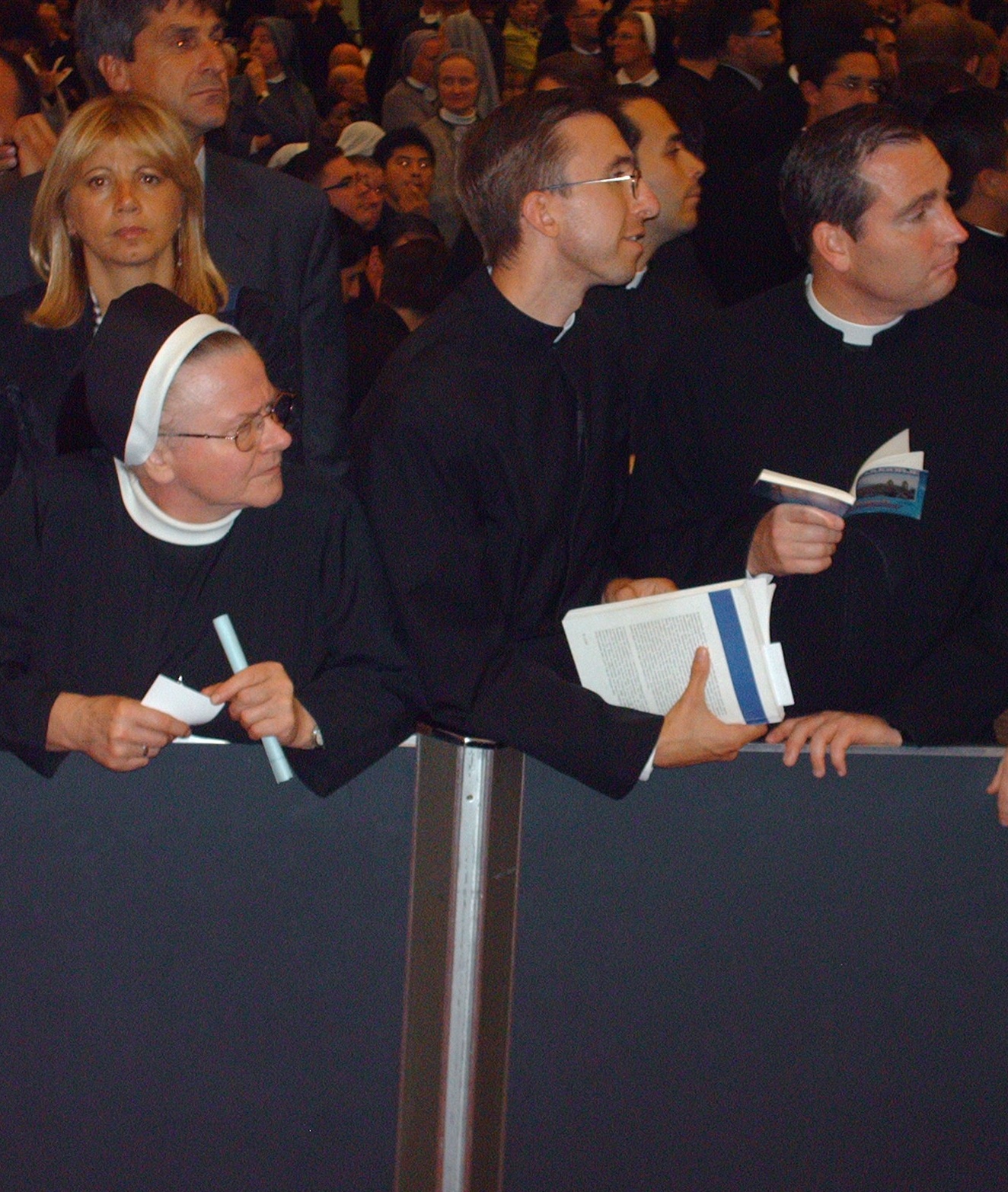 The screening occured in the Vatican's Paul VI Audience Hall, which, conveniently, is located directly below the auditorium where the Synod sessions are taking place.  Monsignor Georg Ratzinger--Pope Benedict's brother--was also in attendance, as he also was for Monday's concert at the Basilica of St. Paul Outside the Walls. In "A Life with Karol", John Paul II's closest aide recounted many first-hand accounts of the Pope for the first time. "Testimony" adds further details and includes artifacts from Karol Wojtyla's life, such as his childhood backpack. We are taken back to the historical moments--the assassination attempts, key papal visits, his funeral. Yet, most gripping is the archival footage showing his incomparable expressiveness: touching the face of a child, attempting to sing along with Japanese hymn, even an agonizing moment where his frailty did not allow the communication he could once do so masterfully.

One monsignor privately opined that "Testimony" was too "Hollywood" for his tastes and that a chilling reenactment of an exorcism need not have been shown. However, from his closing remarks after the film, Pope Benedict was unreservedly endorsing the new film. The audience reaction was also boisterous in approval, even erupting in applause when John Paul II and Cardinal Joseph Ratzinger met in an embrace. Until "Testimony" is available in Canada, watch the trailer here.