Synod of Bishops: Conclusion, Africa ahead 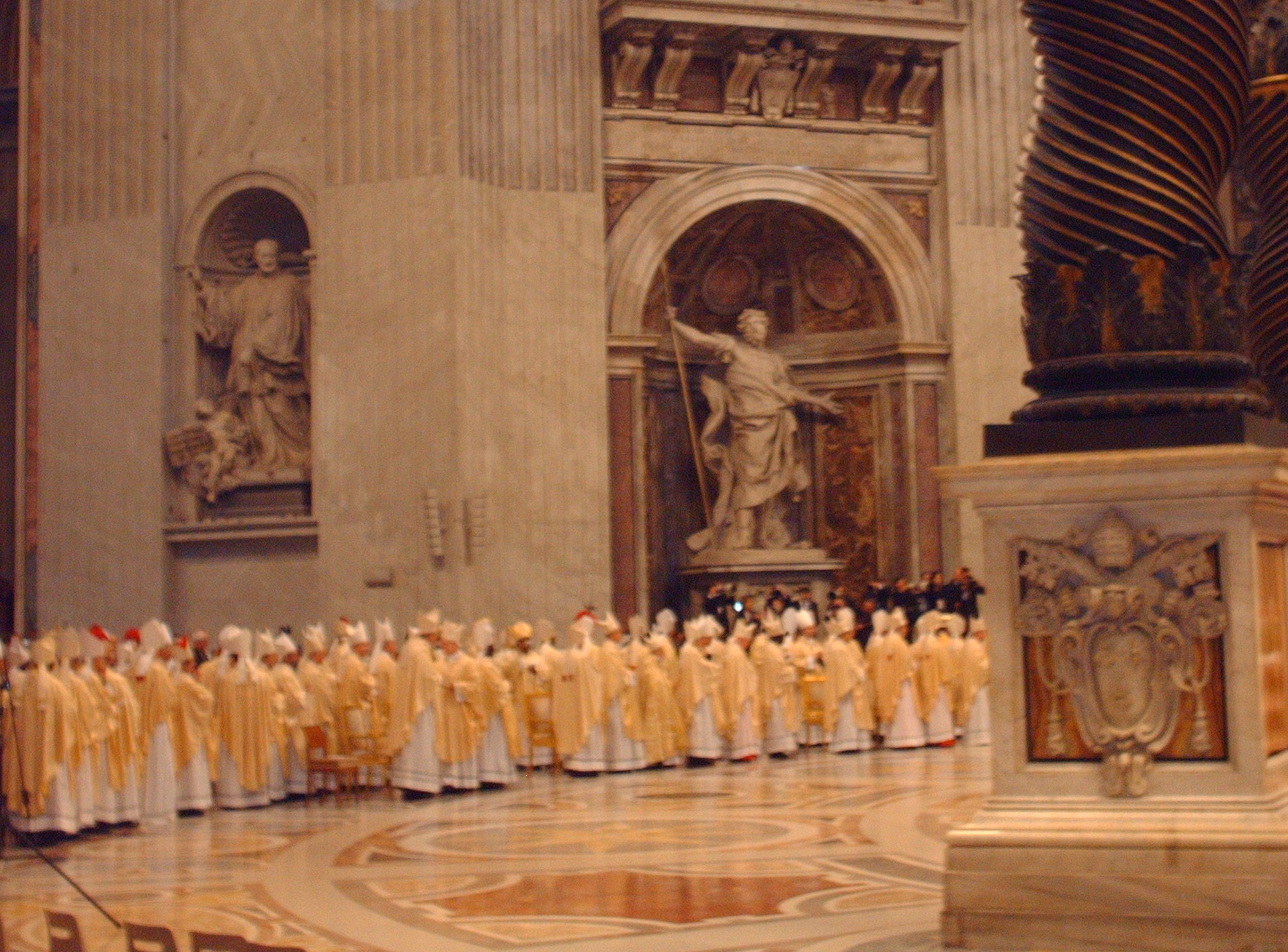 I just returned from St. Peter's Basilica, where Pope Benedict XVI celebrated the Eucharist with the international cast of the Synod of Bishops.  While the Vatican might have otherwise exhibited a festive atmosphere, the Holy Father reminded us of those who could not be present.
During both the homily and the post-Mass Angelus, the Pope issued calls for solidarity with persecuted minorities.  The German pontiff said that "a special thought goes out ot the Bishops of China, who could not be represented in this Synodal Assembly."  While prelates from more autonomous Hong Kong and Macau participated in the synod, Beijing did not authorize the travel of mainland Chinese bishops. Then in remarks before reciting the Angelus, the Pope lamented that Iraqi and Indian Christians "only want to continue living in their communities", yet many are "victims of intolerance and cruel violence, killed, threatened and forced to flee their homes." Even before this major event of the pontificate came to a close, the Holy Father revealed the destination of his 11th papal visit.  His confirmed in his homily that he will visit Cameroon in March to deliver the Instrumentum Laboris (working document) that will guide the African Episcopal Conference synod.  Following this, he will travel south to Angola to celebrate the 500th anniverary of the country's evangelization. In the meantime, I will continue to work from Rome for one more week before returning to Toronto. In the coming days I'll provide some post-synod analysis related to our Canadian Bishops as well as a report on the installation of Canada new Ambassador to the Holy See.