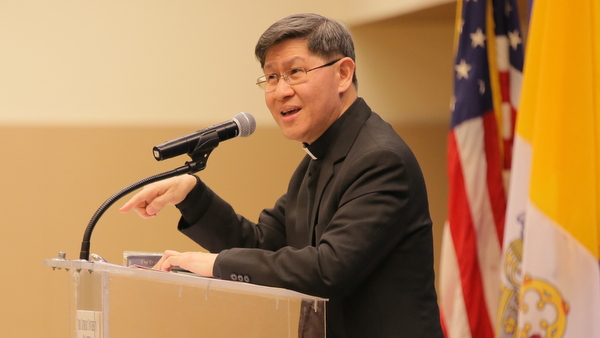 This week David LeRoss and I did some filming at the Catholic University of America, and as Providence would have it, we had the opportunity to hear Cardinal Luis Antonio Tagle speak at the Annual Cardinal Dearden Lecture.  The Cardinal spoke about evangelization in Asia in light of Gaudium et Spes, the Pastoral Constitution on the Church in the Modern World.  We caught up with Cardinal Tagle after the talk and asked him to share some thoughts on his talk and the Pope's recent visit to Asia. You can hear that interview here starting at 1:04. Read more about the lecture here. 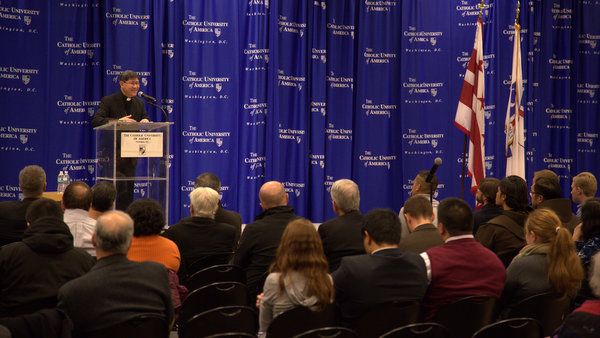