The Pope has written a Pastoral Letter to all the Catholics of Ireland, expressing his dismay at the sexual abuse of young people by Church representatives and the way this was addressed by local bishops and religious superiors. He asks that the Letter be read with attention and in its entirety. The Holy Father speaks of his closeness in prayer to the whole Irish Catholic community at this painful time and he proposes a path of healing, renewal and reparation. 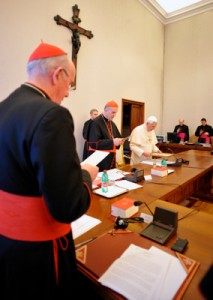