States’ Rights and the Battle for Marriage 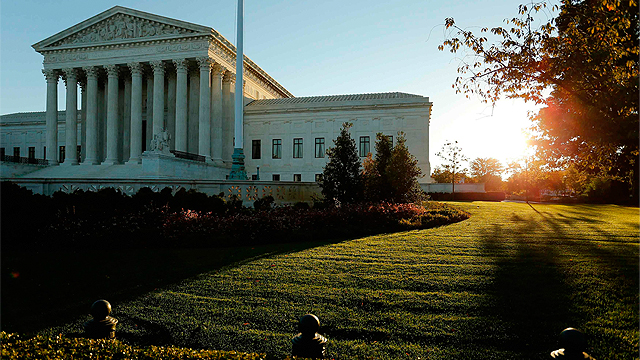 An historic legal battle is underway in the Supreme Court of the United States. Obergefell vs. Hodges, is the case that is set to decide whether or not states have the right to define for themselves just what marriage is. Oral arguments were heard this past week, opening what is seen by many as a battle for the heart and soul of America. The case will decide whether the Fourteenth Amendment in the Bill of Rights compels states to license same-sex marriages. It will also answer whether or not the Amendment requires states that don’t license such marriages, to recognize those performed in jurisdictions where they are. It, ultimately, is rooted in one of the oldest debates in American history: states’ rights.
Numerous state legislatures across the US spent the last number of years defining marriage in one way or another. This has led to contentious legal battles at the state level, which have seen bitter battles fought, legislation nullified and new precedents set. It all began in Massachusetts in 2003, as that state became the first to redefine marriage. Since then, numerous states have followed suit, while others have gone the opposite route. In the case of the latter, courts have in some states nullified legislation designed to uphold the traditional definition of marriage on the basis that it infringes on people’s rights.
What we are now seeing is a battle at the federal level to decide whether or not states can for themselves, decide the issue of marriage. In this particular case, the leadership of the Catholic Church in the United States has backed the rights of states. Commenting on the opening arguments of the case, the president of the United States Conference of Catholic Bishops, Archbishop Joseph Kurtz, prayed, “that the justices will uphold the responsibility of states to protect the beautiful truth of marriage…”
Historically, the United States was founded on the principle of subsidiarity, with the Founding Fathers supporting the notion that states should have a comfortable degree of autonomy from the federal government. The concern of the day was that they did not want to allow the creation of a large, powerful and bureaucratic federal entity that did not understand or pay attention to the concerns of the people. To achieve this, the Bill of Rights was written to define what the federal government can and cannot do. To this day (at least on paper), that scope is in fact quite limited, and does not anywhere include defining marriage.
So in effect, the Church is taking a stance that could not be more American: allow for the principle of subsidiarity, of state’s rights to tackle this issue at a local level. The belief in having numerous states within the Union, was that if you didn’t like what one was doing or saw that something was working particularly well in another state, you could move there.
Some believe that allowing the issue to be decided at the state level is somehow a concession on the issue of marriage. In fact it is quite the contrary. It is a far safer legal course given today’s societal trends. The pro-life community could also examine this strategy. Imagine how many lives could be saved if life issues were tackled at the state level? It would be the single greatest victory for the movement in a generation.
While legal rulings are incredibly important in guiding how society functions and what kinds of social norms prevail, the real battle ultimately is in the hearts and souls of ordinary people. This is where the Church can and must play a role in shaping society. If we truly believe that we have in Christianity, the greatest message in the history of the human race, then it is our job, the job of the Church to convey that to the world. No number of legal rulings, no government or authority can affect change on society like an idea can. And history has shown, that Christianity is one heck of a powerful idea.

Stefan Slovak is the host and producer of Perspectives Daily, Salt + Light’s daily update show.  His column focuses and expands on the stories outlined on our network, with a particular focus on international affairs and the relationship between Church and state.