Statement by the Prime Minister of Canada on the canonization 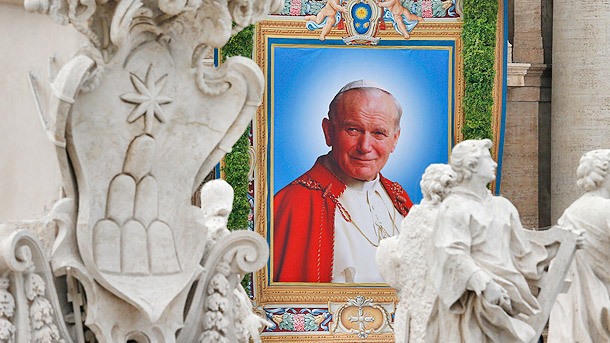 "Today in Vatican City, His Holiness Pope Francis formally canonized Blessed John XXIII and Blessed John Paul II, thus recognizing them as Saints.
"During his papacy, Saint John XXIII came to be known worldwide for his humble leadership, attentive pastoral guidance and concern for the poor. He is especially known for convening the Second Vatican Council in 1961, which marked a significant development in the Catholic Church's pastoral approach to the modern world. His last and most famous encyclical, Pacem in Terris, called for the establishment of universal peace in truth, justice, charity and liberty.
"As the beloved Chief Shepherd of the Catholic Church for over 26 years, Saint John Paul II was an icon of faith and a defender of the truth about man's dignity and freedom. Along with being the first non-Italian Pope to be elected in 455 years, he was the longest serving Pope of the 20th century. He is remembered particularly for the depth and clarity of his teachings on social and moral issues, as well as his extensive travels to more than 100 countries worldwide. Saint John Paul II, who desired the Church to celebrate both its Western and Eastern patrimonies and 'breathe with both lungs', was also instrumental in bringing about the fall of communism in Eastern Europe in 1989-90.
"Our country was fortunate to have been visited by Saint John Paul II on three occasions. In 2002, during his last visit to Canada, he joined hundreds of thousands of youth from around the world in Toronto for World Youth Day - a pilgrimage which he initiated and that continues to be celebrated by millions of youth worldwide every three years.
"Both Saint John XXIII and Saint John Paul II are linked by their service to God and their quest for peace, defence of human dignity and justice, which are values that resonate deeply in Canada.
"It is with great joy that Canada recognizes Pope Francis' decision to canonize Blessed John XXIII and Blessed John Paul II. Laureen and I extend our best wishes to all those celebrating this momentous occasion."