St. Joseph and the meaning of Righteousness 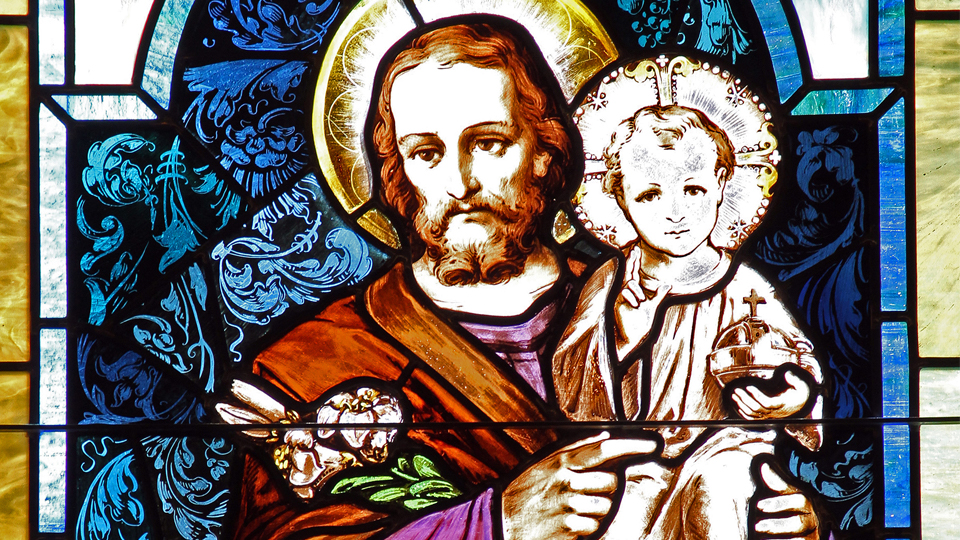 CNS photo/Gregory A. Shemitz
This week we celebrated the feast of St. Joseph, the adopted father of Jesus and the husband of Mary.  We tend to forget about Joseph after the Christmas season, but his feast day provides the opportunity for us to contemplate the influential role he played in the life of Jesus. There is one episode involving Joseph and Mary and the birth of Jesus in Matthew’s gospel which I believe sheds enormous light on Joseph’s simple, though profound, holiness.  It also provides some much needed insight and guidance for us if we consider our viewpoints on contemporary social and moral issues. Let us consider the predicament Joseph finds himself in when he discovers that his fiancé is pregnant. When his [Jesus] mother Mary was betrothed to Joseph, but before they lived together, she was found with child through the Holy Spirit.  Joseph, her husband, since he was a righteous man, yet unwilling to expose her to shame, decided to divorce her quietly. (Matt 1:18-19) We are all familiar with the rest of the story: an angel of the Lord comes to Joseph in a dream and encourages him to take Mary as his wife.  It was one of those rare occurrences of sudden and unexpected divine intervention.  But the real miracle of the whole episode had happened already, in the verses referenced above. Describing Joseph as a “righteous” man, Matthew recognizes him as one devoted to the Mosaic Law – an upright Jew.  As such, Joseph was permitted, even obligated, to expose Mary’s seemingly adulterous activity.  The penalty for adultery was death by stoning (Deuteronomy 22:21-23).  Yet Joseph, by his own love and compassion for Mary, resolved to spare her dignity and her life by separating from her in secret. It is one of the many subtle but telling instances in the gospels which expresses the paradoxical nature of the Faith: we are people of the Law, we have rules and regulations, and we know the consequences for ignoring them; but we also have mercy, which is the expression of the spirit of God and the essence of the Faith. The decision that Joseph made is one for all of us to remember on a daily basis, especially when dealing with questions of morality and justice.  How great it would be if Matthew described us as “a righteous man” or “a righteous woman” in his book.  But what would that mean?  Would it mean that, upon learning of a morally questionable action, we attack it and the people involved?  Would it mean that we rigorously enforce the rules and regulations of our tradition to the point of ostracism?  Or would it mean, as it meant for Matthew the Evangelist, that mercy and compassion are the characteristics of the “righteous” person; that preserving the dignity of every human being, regardless of their mistakes or shortcomings, is the lesson of St. Joseph? In John’s gospel we read about Jesus’ encounter with an adulterous woman (Jn 8:1-11).  Unlike Mary this woman was guilty, having been “caught in the very act of committing adultery.”  The crowd, seeking justice and testing Jesus, asks him if he would enforce the law and condemn the woman to death.  But Jesus famously responds, “Let the one among you who is without sin be the first to throw a stone at her.”  One by one the crowd disperses and Jesus is left standing alone with the woman.  When she affirms that no one has condemned her, Jesus says, “Neither do I condemn you.  Go, and from now on do not sin anymore.” The gospels are filled with such profound actions taken by Jesus.  That is what happens when God walks among us.  But in this particular instance, I believe it was his earthly father who influenced Jesus’ response; his earthly father, who had struggled with questions of uncertainty and doubt; his earthly father, who before the appearance of the angel had forgone the stringent enforcement of the law for love and mercy’s sake; his earthly father, Joseph the “righteous” man, who refused to pick up a stone.