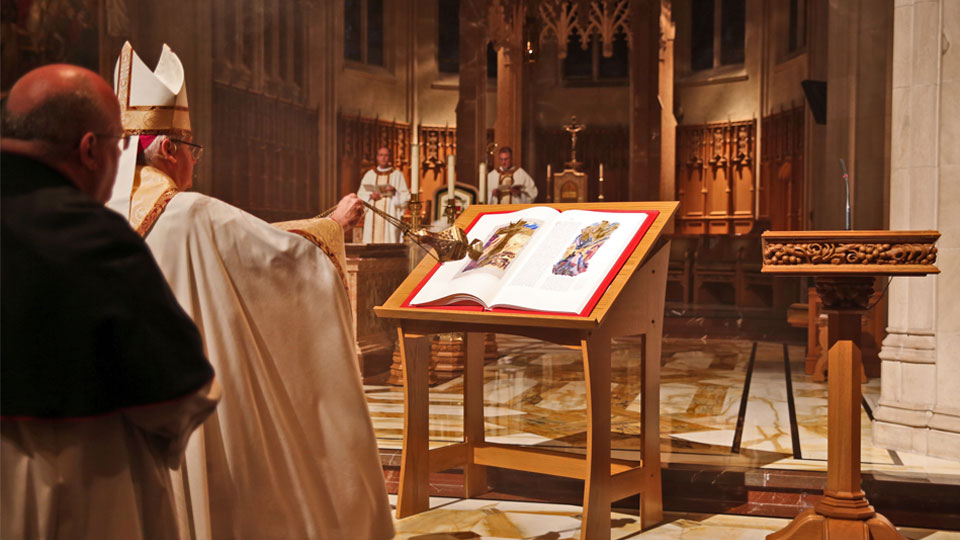 The Diocese of Hamilton has acquired a copy of the Heritage Edition of The Saint John’s Bible, a work commissioned by the Benedictine monks of Saint John’s Abbey and University in Collegeville Minnesota. The Diocese welcomed their first volume, Gospel and Acts, on September 15, 2017 with an Evening of Prayer and Lecture at the Cathedral Basilica of Christ the King. The keynote speaker was Jim Triggs, Director of The Saint John’s Bible Heritage Edition. The remaining six volumes will be received over the next 15 months. 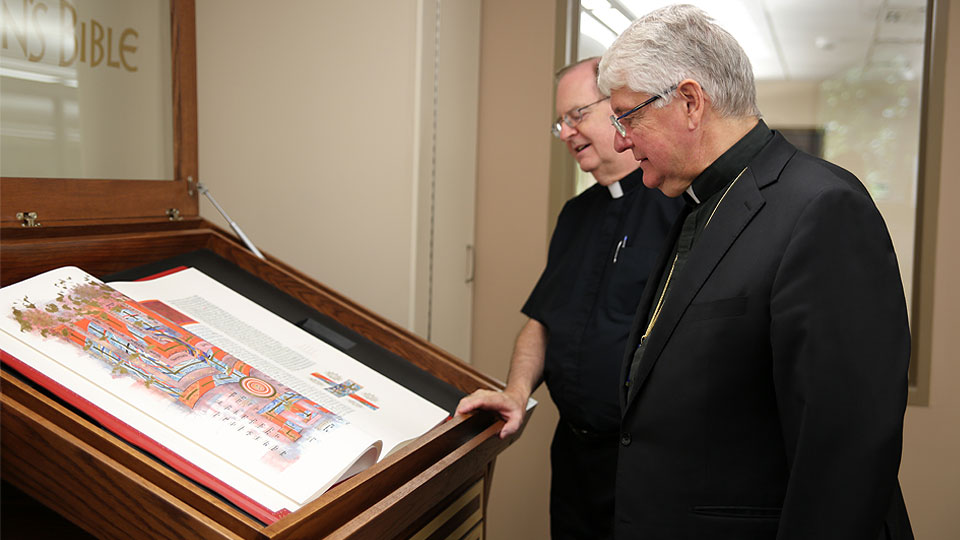 In 1998, Saint John's Abbey and University commissioned renowned calligrapher Donald Jackson to produce the first hand-written, hand-illuminated Bible since the invention of the printing press over five hundred years ago. This work of art is one of a kind in our modern era! The Bible was written in English using the New Revised Standard Version translation. The original Committee on Illumination and Text brought together artists, theologians, biblical scholars and art historians to reflect on the purpose and process of the project. Of central importance was the notion of creating a Bible for the 21st century, that is, one that venerates the Word of God by bringing it to life for the people of our time. The various art forms and representations in the 160 illuminations signal a team mentality of inclusivity and dialogue that are so important for the Church today. 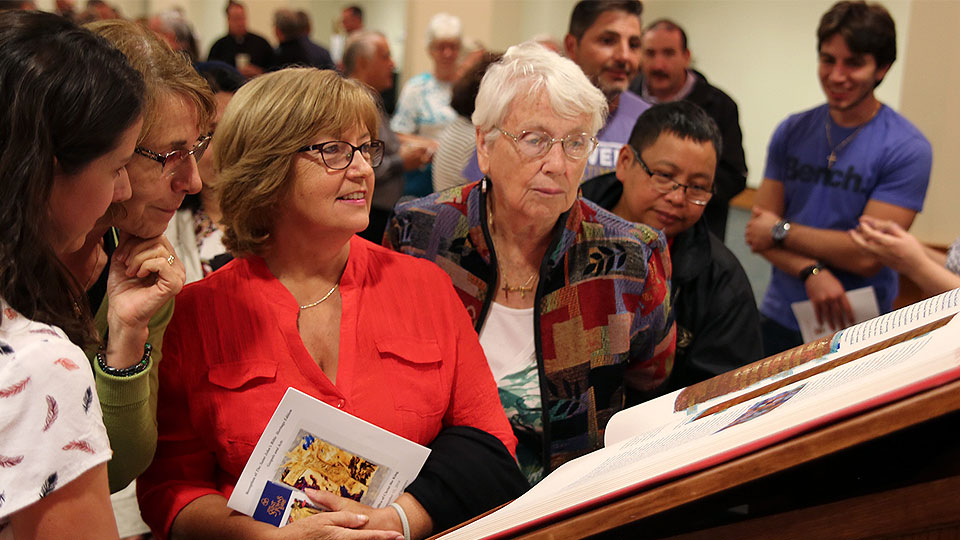 The Diocese is preparing to commemorate the arrival of the Prophets volume of The Saint John’s Bible during an Advent Hymn Festival at the Cathedral Basilica of Christ the King on December 11, 2016 at 7:00 p.m. The Event is opened to the public. For more information on The Saint John’s Bible and to explore this wonderful work of art and related programming in the Diocese of Hamilton, please visit: http://hamiltondiocese.com/stjohnsbible/. - Photo credit: Diocese of Hamilton