St. Francis de Sales and the tale of the wise statue 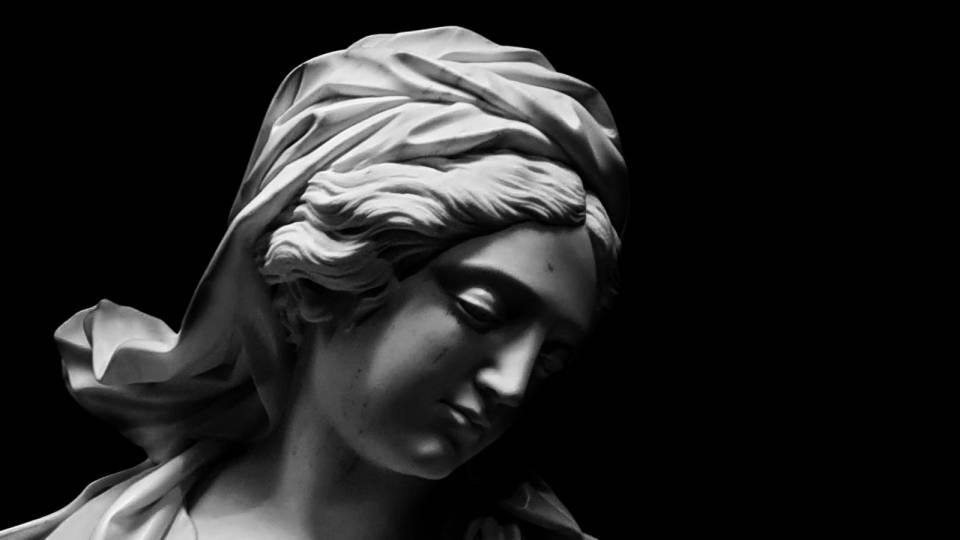 Photo by Michele Caliani
Today is the feast day of St. Francis de Sales, patron saint of writers. A wise and learned man, he became Bishop of Geneva at a time when he couldn’t even go into Geneva itself because it was under strict Calvinist control. And yet he personally inspired widespread conversion back to the Catholic Church, not only through his skill as a writer and preacher but also and especially because of his gentle, pastoral ways. And despite all of his very learned writing, for which he is recognized as a Doctor of the Church, by far his most famous work is the eminently pastoral Introduction to the Devout Life. Although he speaks directly to the life of a layperson of his time, allowing for some cultural differences, it still rings true 400 years on. But I want to share today on his feast day a wonderful little story that he tells in another work: Treatise on the Love of God. It is a story so simple, so naively profound that it goes straight to the heart of the matter and reveals a great truth about our relationship with God. It goes like this:

If a statue which the sculptor had niched in the gallery of some great prince were endowed with understanding, and could reason and talk; and if it were asked: O fair statue, tell me now, why art thou in that niche? — It would answer, — Because my master placed me there. And if one should reply, — But why stayest thou there without doing anything? — Because, would it say, my master did not place me here to do anything, but simply that I should be here motionless. But if one should urge it further, saying: But, poor statue, what art thou the better for remaining there in that sort? Well! would it say, I am not here for my own interest and service, but to obey and accomplish the will of my master and maker; and this suffices me. And if one should yet insist thus: Tell me then, statue, I pray, not seeing thy master how dost thou find contentment in contenting him? No, verily, would it confess; I see him not, for I have not eyes for seeing, as I have not feet for walking; but I am too contented to know that my dear master sees me here, and takes pleasure in seeing me here. But if one should continue the dispute with the statue, and say unto it: But wouldst thou not at least wish to have power to move that thou mightest approach near thy maker, to afford him some better service? Doubtless it would answer, No, and would protest that it desired to do nothing but what its master wished. Is it possible then, would one say at last, that thou desirest nothing but to be an immovable statue there, within that hollow niche? Yes, truly, would that wise statue answer in conclusion; I desire to be nothing but a statue and ever in this niche, so long as my master pleases, contenting myself to be here, and thus, since such is the contentment of him whose I am, and by whom I am what I am.

St. Francis is speaking here specifically about prayer, about those times of dryness when the act of prayer seems useless. It is at those moments that we recognize, like the statue, the need to rest peacefully in God’s presence, waiting for Him to approach us and trusting that He knows what he is about. But I think it applies to more than just prayer. I think it can be used more broadly to express our attitude toward God and His Providence. It’s so hard for us to sit still. Is it our workaholic culture? Or is it just part of being human? I know, for me, I have a hard time planning something too far in the future because I have no patience. As soon as I’ve decided I’m going to do it, I want it to happen. But there is a proper time for everything, and so often that time is not now. And if that’s true of human plans, how much more must it be true of God’s? There is a very silly joke which also speaks a truth (though in a slightly less profound way):

Person: God, if a million years are like a second to you and all the riches of the earth are as dust, can I please have a million dollars? God: Sure. Just wait here a second.

So often in my life, there are things I want to happen, things I want to do, but I feel like God keeps saying, “Just wait here a second.” And then it seems like every day my prayer is the same: “Is my second up yet? Is the time now?” In these moments, St. Francis is telling us to take a lesson from the statue. Trust in God. Everything is in His hands, and His plan is perfect. But notice that the statue is not waiting for what will happen next, nor is she resigned to her fate. She lives in the moment with a lively, active abandonment to God’s will. We cannot hold onto the past, and we cannot make the future come any faster. All we have is the present, and since that is where God is, why would we want to be anywhere else? And what I have learned by taking St. Francis’ story into my own life is that there is a purpose to the waiting. When you start to see with the eyes of God (if that is not too presumptuous a thing to suggest!), you begin to notice that there is such a thing as active waiting. Still does not necessarily mean passive because even in that stillness there is a deliberate, conscious decision not to act. The whole world sees you doing nothing, and yet in reality – in the most real reality there is – you are making a profound act of will and progressing toward that end to which we are all called – complete abandonment to God.