Get an early look at new Salt+Light Television original programming before its official debut in the Fall of 2019!


From June 24th to the 30th, watch the pilot episodes of 4 new series along with new episodes from 2 returning series.

Here are the official dates and times: 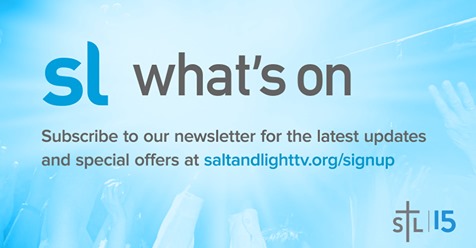 To receive updates on the new programs and upcoming shows, Subscribe to our What's On Newsletter.