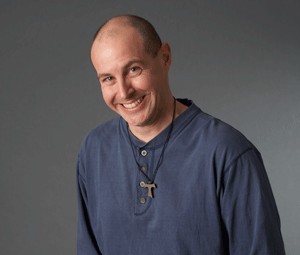 Can I tell you why I hate Mapquest? Last Tuesday I was supposed to go to a Prolife presentation at a school and I go online – do a search for the school – find the address, go to maps and print out a map of where the school is. Great. The next day I arrive at my destination and it’s not the school – it’s the School Board office – I don’t even know where the school is or how far I am from the school. Needless to say I didn’t make it to the presentation and I wasted an hour of my day.
OK, it’s not that I hate getting maps and directions online – I hate not being thorough. The internet is great 'cause it saves us time but because it saves us time, it also encourages us to be lazy and to leave things to the last minute. Had I not had the internet, I would’ve picked up the phone book, called the school, spoken to a real person, got the real address and there you go. Done. No problem. But instead, I was lazy, left it to the last minute and was not thorough. In trying to save time, I ended up wasting time. Maybe God is telling me what I should be giving up for Lent? Well, at least I didn’t spend four hours last Sunday watching the Academy Awards! It’s now the season of Lent and at S+L Radio we are thinking about giving something up – well it’s really offering something extra – but in order to do that we have to give something up – we would like to offer you a Lenten gift that comes to you in the form of a mini Lenten series brought to you by Michele Nuzzo and Fr. Gordon Kennedy. What we’re giving up is our letter of the week – but that doesn’t mean you have to stop writing to us – we’ll still try to include them, but for now, for Lent, let us fast on letters and feast on thoughts. Our Lenten series: Come Back To Me, begins this Saturday on S+L Radio. In addition to this feature, we’ll start the program by speaking about what the Catholic Church says about conception (not the immaculate kind). We speak with our very own S+L French Producer Jasmin Lemieux-Lefebvre who is also the President of the Board of Directors for the Natural Family Planning Association of Toronto. Our featured artist of the week is John Michael Talbot, the Catholic artist with most albums sold worldwide (over 4 million). So tune in: Salt + Light Radio, Saturdays at 10pm ET, 7pm PT, on the Catholic Channel, Sirius Satellite Radio 159 and XM 117. You can also visit our radio page to listen to previous programs.