As many of you know, we're spreading our Catholic message of hope to listeners of XM and Sirius Satellite Radios. In case you didn't know, through a partnership with the Catholic Channel (Sirius Satellite Radio 159 and XM Radio 117), Salt +Light Television has a weekly program, Saturdays at 10pm ET called, appropriately enough, S+L Radio! 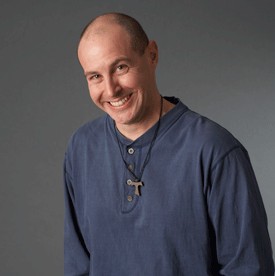 Every week host Pedro Guevara-Mann brings you inspiring messages, insightful interviews, interesting commentary and music! Kris Dmytrenko and Mary Rose Bacani join Pedro with news updates and Catholic events listings of the Church in Canada. This week we're doing something a little different. John Michael Talbot is probably the most successful Catholic artist in the world, with over four million albums sold world-wide. This week we offer listeners a special edition of S+L Radio: music and reflections with John Michael Talbot. (on a side note, you'll also want to watch for John Michael's Advent Reflections on our network beginning next week) You can also listen to previous episodes and podcasts on our radio page HERE. You may want to check out last week's episode. For the third time, a private members bill is being presented in the Canadian Parliament that would legalise assisted suicide. On the November 21st episode, Michèle Boulvà, of the Catholic Organization for Life and Family, explains what it would mean if this bill was passed. Our featured artist of the week is singer/songwriter Tony Melendez.