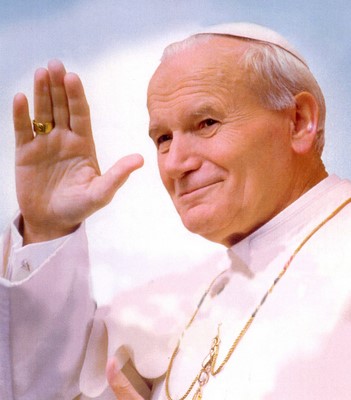 This Friday I will be traveling to Miami for the first ever John Paul II International Film Festival where Road of Hope: The Spiritual Journey of Cardinal Nguyen Van Thuan has been chosen as one of the official entries.
The warm weather and beautiful environs of sunny Miami are not the only reason I am looking forward to this trip. I am thrilled that a few entrepreneurial and faith filled Catholics have decided to launch this ambitious and much needed undertaking: a film festival that will celebrate faith, film and the legacy of Pope John Paul II. Here is a brief synopsis of how the festival got started, taken directly from the official website:

A few years ago, Rafael Anrrich heard John Paul II talk about art as a form of understanding the Divine, a way to bring Truth to generations, a powerful tool for evangelizing God's Love to the masses. Rafael is not an artist. He has simply been a man who heard a call and longed to answer it. In 2007, Rafael helped lead a youth retreat in his church where he met fellow volunteers Laura Alvarado and Frank Brennan. During this retreat, he learned that the couple was made up of a filmmaker and an actress, both interested in integrating their faith into their art. Though Rafael kept his ideas to himself for almost two years after meeting Frank and Laura, he finally felt it was time to invite the couple into creating his vision: a film festival structured by the ideas and teachings of John Paul II-- a place where faith-based filmmakers and artists could share their witness with the community and, eventually, the world.

You can learn more about the John Paul II International Film Festival and the many worthy productions beign showcased by checking out their site HERE.