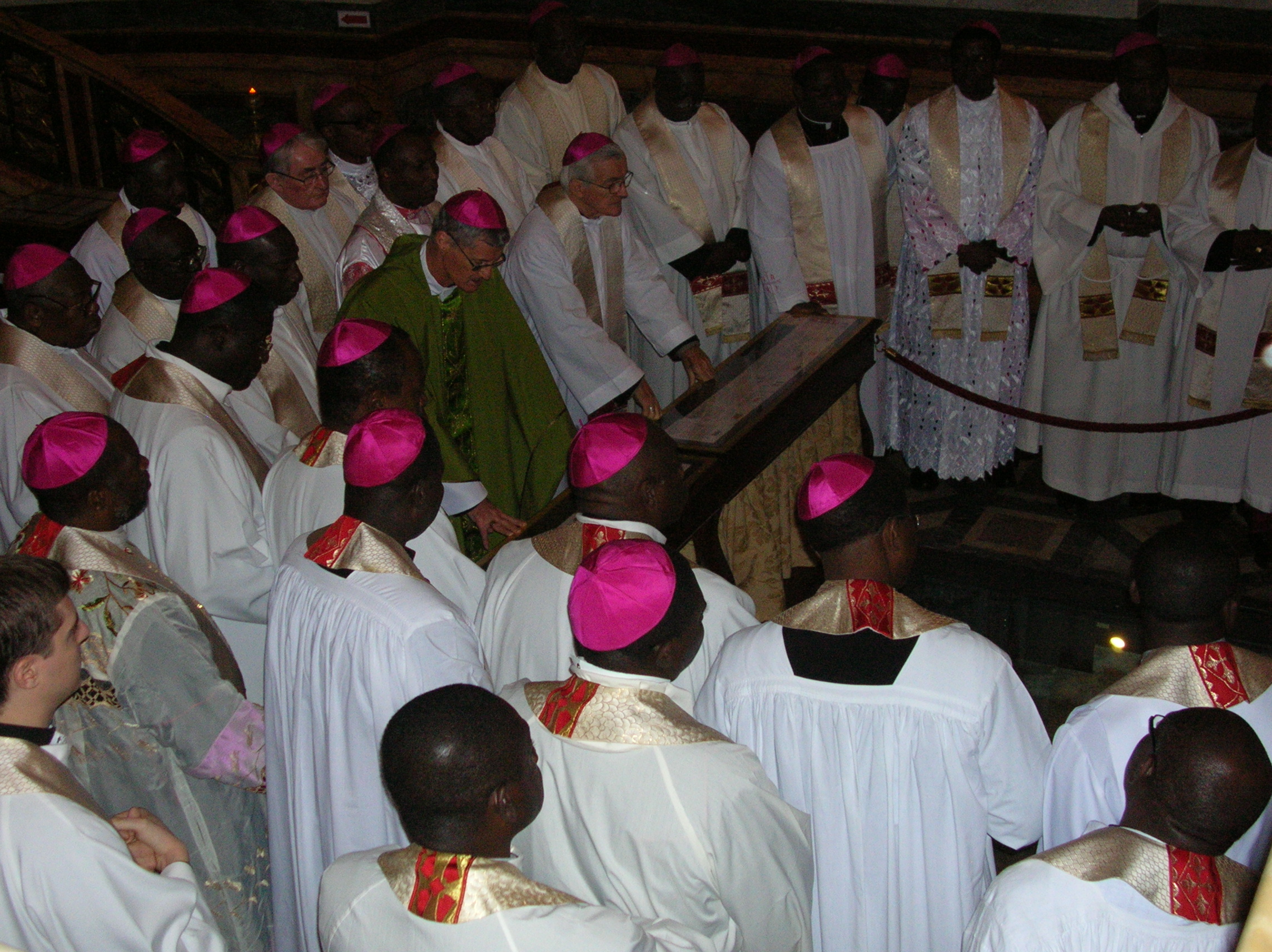 Those who follow Pope Benedict XVI's daily meetings are well familiar with the ad limina visits. Indeed, regular readers of the Vatican Information Service know that, quite often, the Holy Father is meeting bishops on their quinquennial summons to Rome. (Lately, the pontiff's schedule has forced some episcopal conferences to wait seven years.) As my arrival in Rome coincided with that of the Nigerian bishops for their ad limina, I've now learned more about these meetings than I ever could through the VIS. 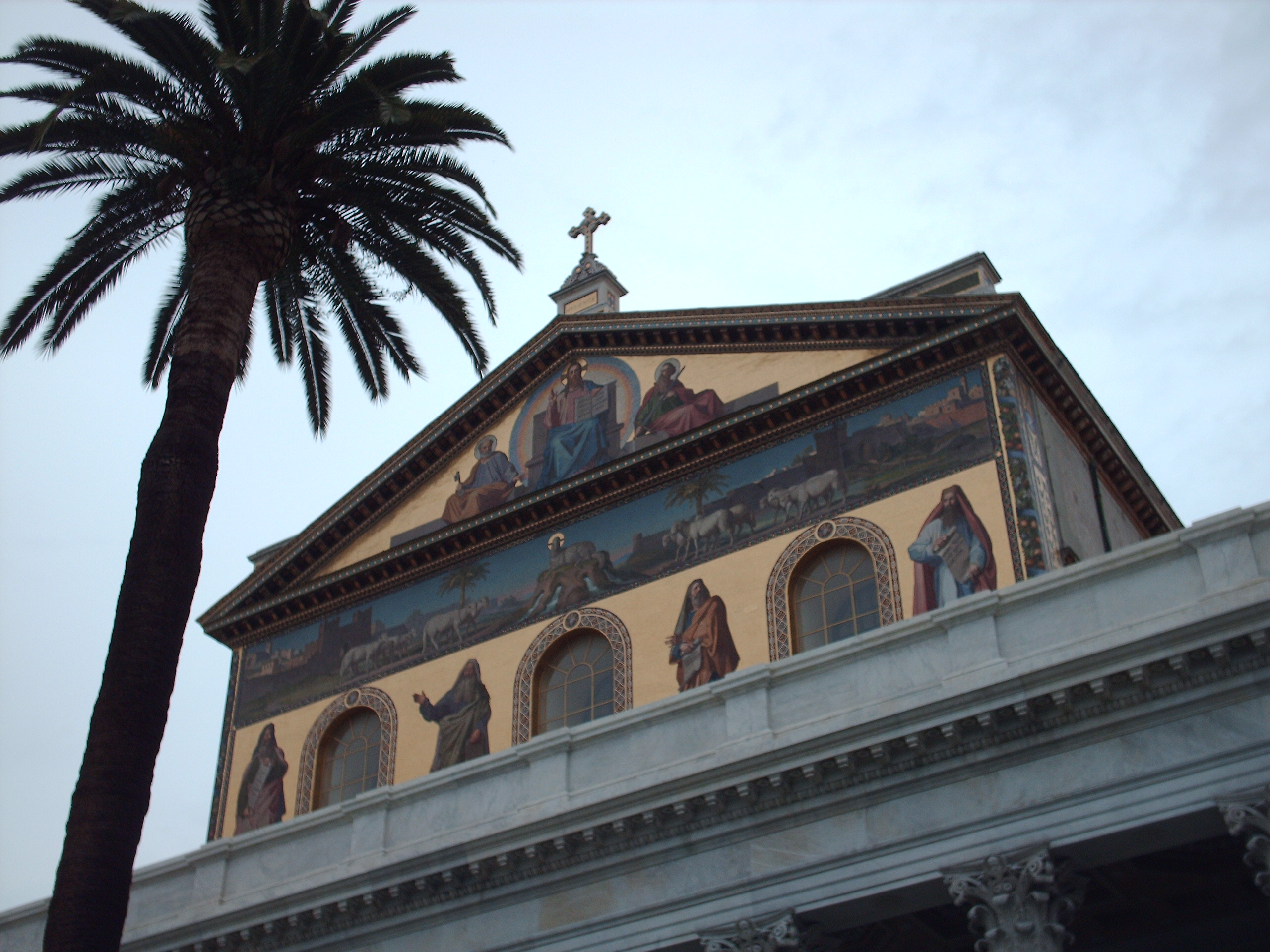 This past Sunday, Archbishop Ignatius Kaigama invited me to film as he and his fellow bishops celebrated Mass at the Papal Basilica of St. Paul Outside-the-Walls. As we were tightly packed in the small San Benedetto chapel of the basilica—not around one of the larger altars, as I had anticipated—one could sense the fraternity between the bishops, which no doubt had increased over the course of the month. Immediately following the mass, the bishops knelt at the tomb believed to contain the remains of the Apostle Paul. As Archbishop Richard Burke of Benin had preached in his homily, praying at the respective tombs of Saints Peter and Paul is a requirement of the ad limina. 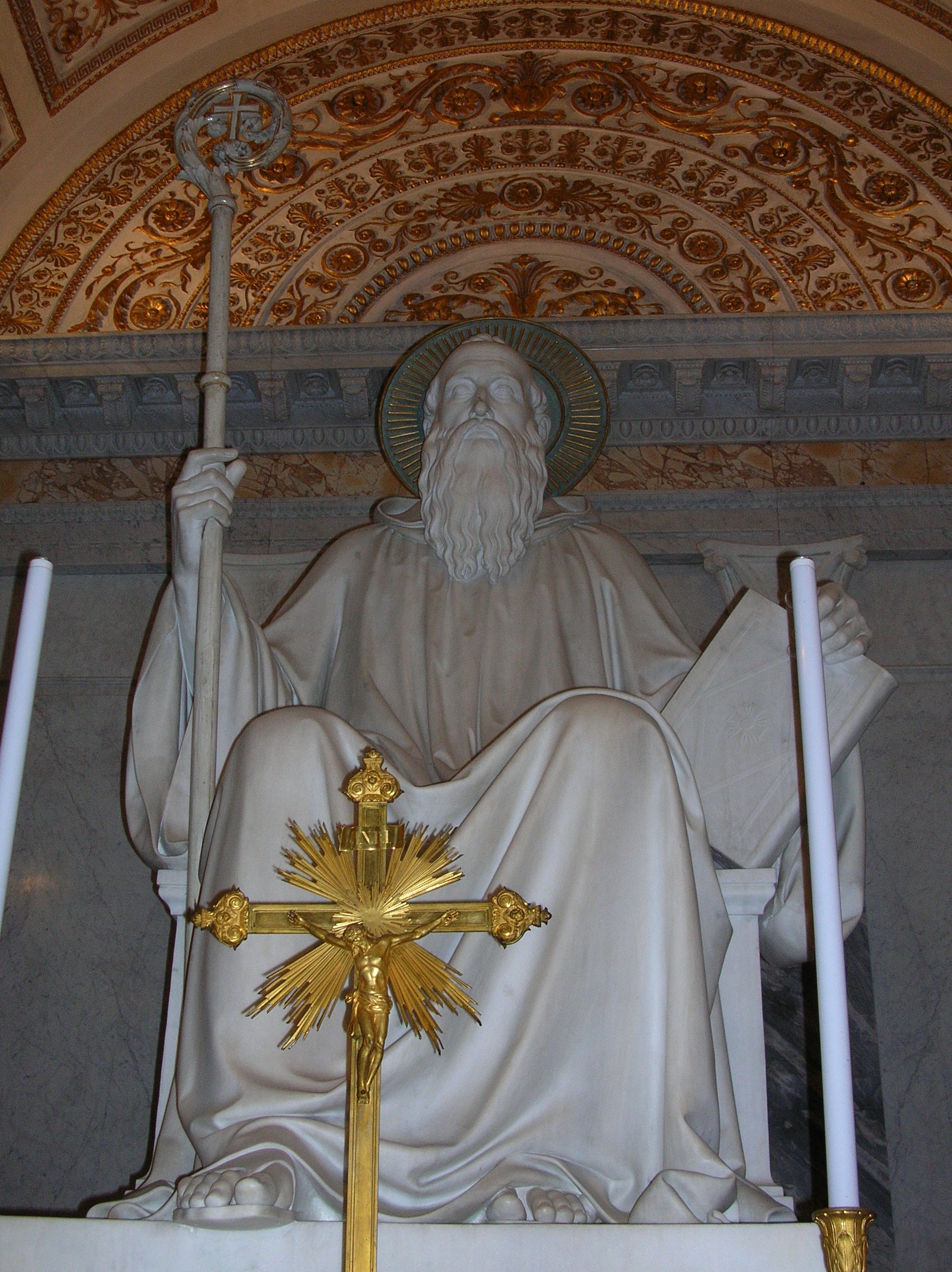 With great enthusiasm, Archbishop Valerian Okeke of Onitsha told me afterward that the bishops would be “going back home reborn in the Spirit.” It was notable how excitedly the bishops described this ad limina, even if they had made this trip numerous times before. This was the visit, though, for Bishop Michael Odogwu Elue of the Issele-Uku diocese. The 52 year-old prelate described his stay as “an experience that stays with one indelibly and almost forever.” For bishops who face challenging circumstances in their dioceses, the ad limina is an opportunity to regroup and receive the Pope's fatherly encouragement. Archbishop Kaigama related to me his discouragement upon witnessing Christian-Muslim riots in his Archdiocese of Jos this past November. Clearly frustrated, he explained how these hundreds of deaths occurred when, just weeks earlier, he had succeeded in assembling Christian and Muslim leaders for dialogue in the central mosque of Jos. In this report I filed for S+L partner H2Onews, you can hear the Archbishop share the consoling response of the Holy Father during their private meeting on February 16th.