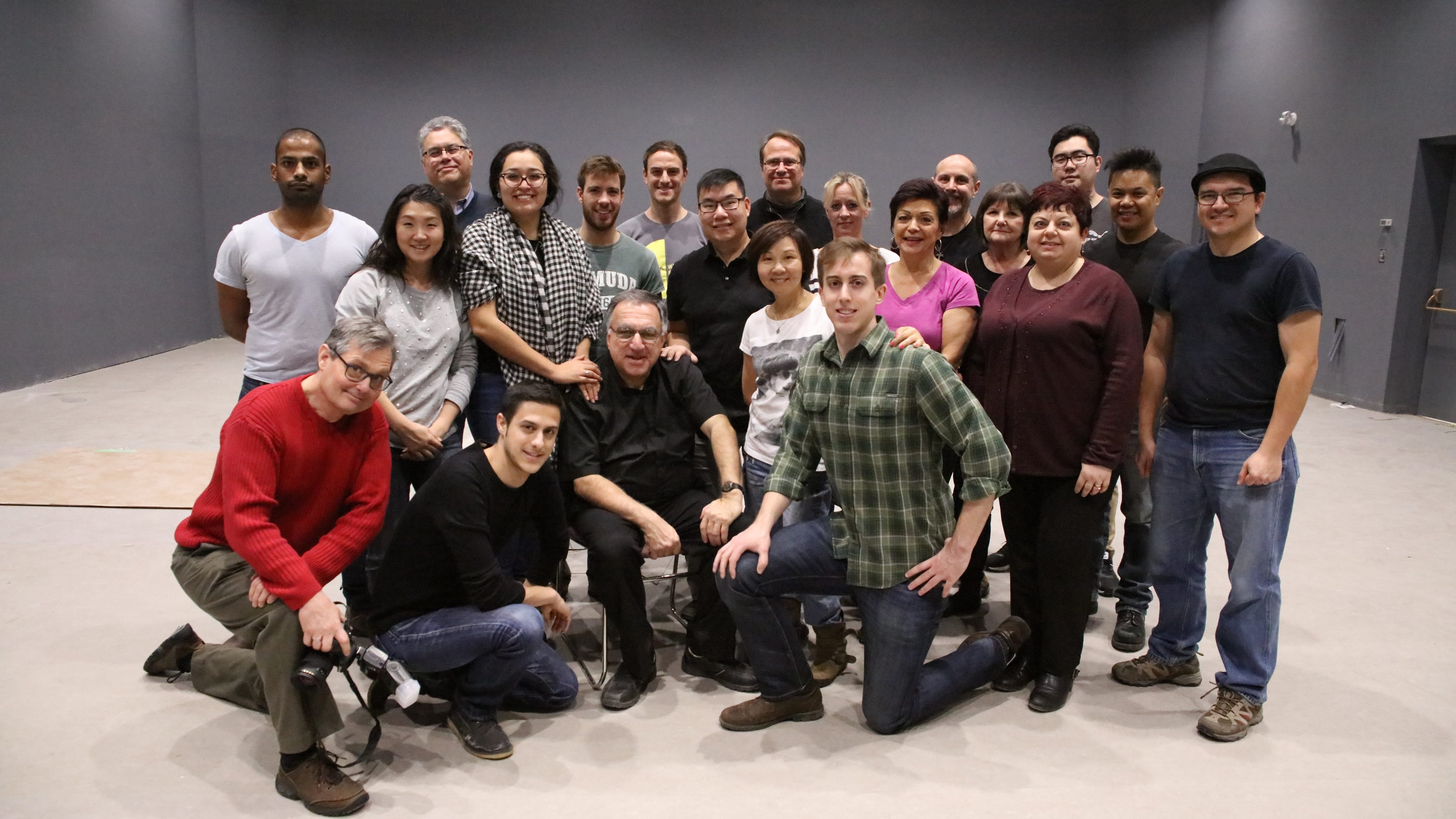 Photo: Members of the S+L staff pose for a photo with Associate Editor of The Catholic Register, Michael Swan, during his visit to S+L's new studio in Mid-Town Toronto.
By Michael Swan However much the suits from media companies may complain at CRTC hearings, broadcasting is big business in Canada — to the tune of $17.3 billion in 2014 revenuesBut for the one priest and 36 lay people who mount Canada’s premier Catholic broadcasting enterprise, it’s something entirely different. “There’s nobody here with a puffed up sense of what broadcasting is. This is a mission,” said Salt and Light Media Foundation CEO Fr. Thomas Rosica. “There’s not one person here who doesn’t have a mission at heart.” It has been 14 years since the tiny digital television service launched on a shoestring in the afterglow of Toronto’s 2002 World Youth Day. For 2017, the TV station which strives “to give the flavour of the Gospel and the light of Christ to a world that is steeped in darkness and tastelessness at times” has acquired the tools and the space to do the job. On Dec. 9, Salt + Light moved from its century-old building at the corner of Richmond and Jarvis in Toronto into new space at Davisville and Mt. Pleasant in mid-town. The broadcaster has added a real studio — a broadcast theatre big enough to stage event broadcasts — and nearly tripled its floor space from 8,500 square feet (790 square metres) to 22,000 (2,044 square metres)... Read the full article from The Catholic Register HERE. 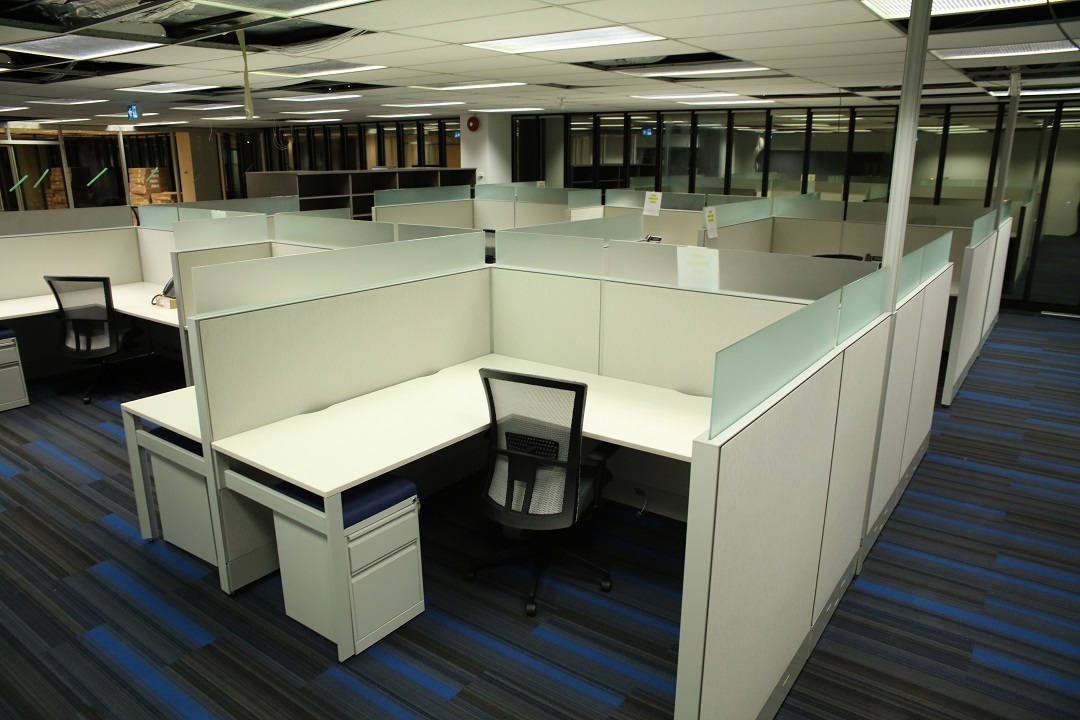 Rows of cubicles fill a section of the new S+L office.