Last night, Salt + Light Television inaugurated a special annual tribute that will honour a person who has played an important role in protecting and promoting the dignity and sacredness of human life in Canada. The award, called "Lover of Life", was presented last night to Mrs. Joanne Verduci of Brampton, Ontario. Mrs. Verduci is a founder and executive director of the St. Gianna Beretta Molla Centre in Brampton, Ontario, a residential centre that welcomes young pregnant women in crisis. Since 2009, the centre has opened its arms to a growing number of women, providing them and their families with a nurturing and hopeful environment and services that are based on the example of charity and love lived by St. Gianna Beretta Molla (1922 to 1962). The award takes its name from Cardinal Carlo Maria Martini, then Archbishop of Milan, who described Molla as a “woman, doctor and lover of life” at the time of her beatification in 1994. St. Gianna Beretta Molla was canonized by Blessed John Paul II on May 16, 2004. She was the last canonization of Pope John Paul II. Mrs. Joanne Verduci, her husband Vince and their entire family are sterling examples of the Gospel of Life. Their quiet, decisive leadership in pro-life causes remind us of the necessity of a consistent ethic of life from conception to natural death. It is an honour for us to present this first annual award to such a worthy recipient. Congratulations Mrs. Joanne Verduci. May the Lord bless her and the entire Verduci family for their beautiful commitment to life! 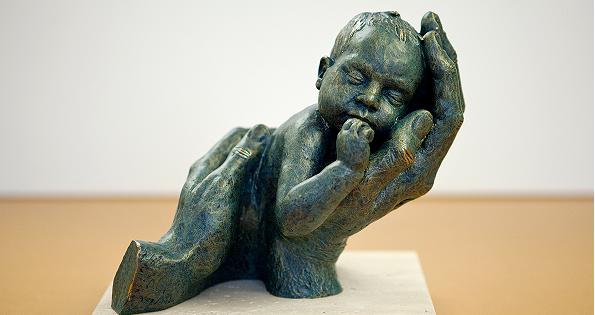