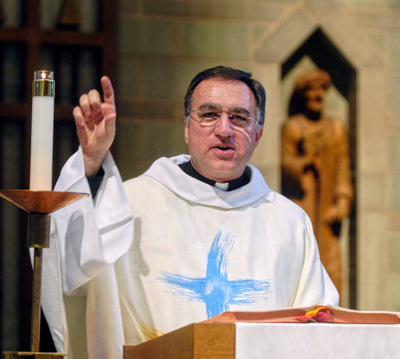 LIKE A TIME-RELEASE CAPSULE Salt + Light Television, which came out of World Youth Day 2002 in Toronto, is still going strong. By Kathy Shaidle The organizers of World Youth Day 2002 in Toronto had computed the logistics, double-checked the protocol, and considered every eventuality. For instance, they knew they had to shelter, feed, and hydrate hundreds of thousands of pilgrims, some 25,000 volunteers, and “the founder of the feast” himself, Pope John Paul II. And given the history of major international get-togethers dating back to the 1960s, that handful of Cuban defectors begging for Canadian asylum couldn’t really be considered a surprise. The WYD committee even inked a $4.5-million contract for 7,000 Porta-Potties, destined for the vast grounds set aside for the closing papal mass. The committee could never have anticipated the trouble one discarded plastic raincoat would cause. At that papal Mass up at Downsview Park, an estimated 800,000 pilgrims prayed, cheered, and made a rather un-Canadian mess. Among the debris: an abandoned raincoat that somehow made its way from inside a Porta-Potty into the city’s waste system. The resulting back-up diverted 32,000 liters of raw sewage into a nearby retail furniture complex, resulting in $16-million in highly publicized damages. Continue reading

Catholic World Report is an international monthly news magazine that tells the story from an orthodox Catholic perspective. Visit their website for more information on the publication and how to subscribe. - CNS photo/Bill Wittman