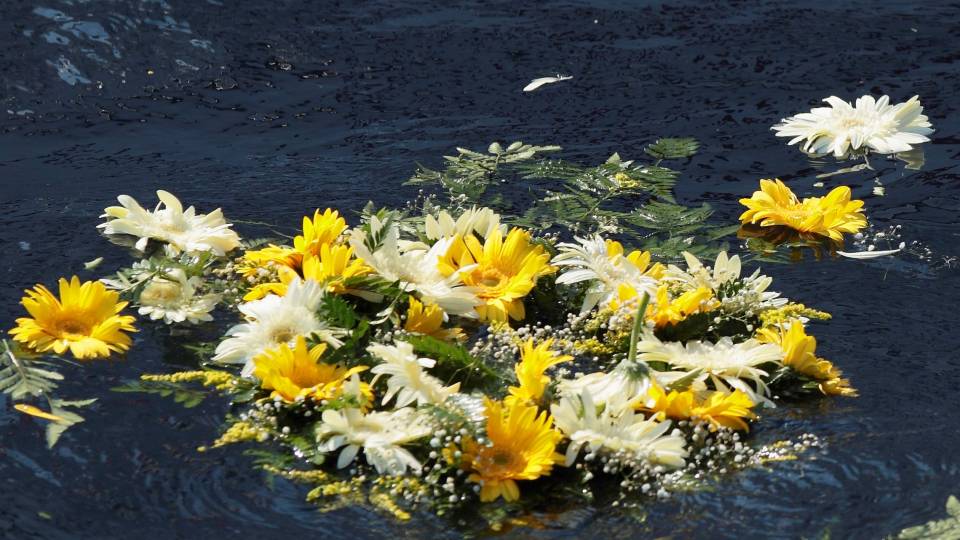 A wreath of flowers thrown by Pope Francis floats in the Mediterranean Sea in the waters off the Italian island of Lampedusa. The pope threw a wreath to honour the memory of immigrants who have died trying to cross from Africa to reach a new life in Europe. (CNS photo/Paul Haring)
Pope Francis is a friend of migrants and refugees. We can’t say the same thing for many world leaders today. In the face of the greatest migrant crisis since World War II (and it’s going to get worse before it gets better), Francis has consistently stood with the people fleeing war, persecution, instability, poverty, and environmental degradation. He’s also thanked and supported host countries that welcome migrants and seek to integrate them in a way that promotes everyone’s dignity in the society. We get frustrated with politicians today who do not say what they really think about an issue or are incapable of articulating a clear policy agenda. We cannot say that about Francis on migration. He has laid out the Catholic position in four active verbs, most systematically in his 2017 address to an international forum on migration and peace: to welcome, to protect, to promote, and to integrate. As important as this well-defined position is, Francis’ concern for migrants and refugees runs deeper. Six years ago today, Francis made his first official apostolic journey as pope: to the tiny island of Lampedusa off the coast of southern Italy, where thousands of migrants and refugees die each year attempting the perilous journey across the Mediterranean from Africa. Francis personally visited with migrants, celebrated Mass, and in a powerful gesture, dropped a wreath over the side of a coast guard vessel and prayed for those who never made it. 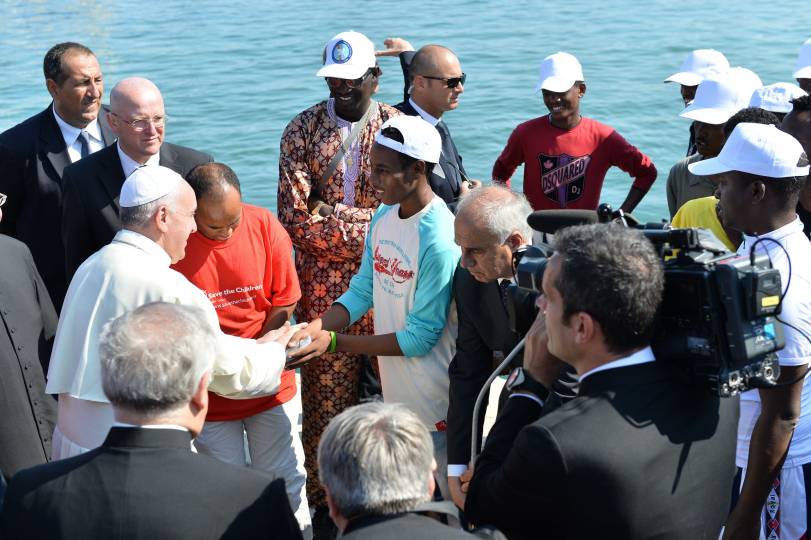 Pope Francis greets immigrants as he arrives at the port in Lampedusa, Italy, July 8, 2013. (CNS photo/Tullio Puglia, pool)
His homily that day remains one of the defining speeches of his pontificate, in which he first decried the “globalization of indifference” that numbs our sense of human solidarity. Francis, visibly emotional, begged forgiveness from God for our collective failure to respond to the suffering of our fellow human beings. Should you wish to really understand Pope Francis and his vision for the Catholic Church, his Lampedusa homily is essential reading. It is not an abstract theological discourse or a policy outline, as important as those are. It is the voice of one crying in the wilderness, shaking our collective human conscience to the fact that we’ve become blinded to reality by indifference and forgotten our deep connectedness to each other. No policy responding to the migrant crisis will be effective unless consciences are awakened.
Read the full text of Pope Francis’ homily in Lampedusa below. And to see how some of the locals from Lampedusa responded to his visit, watch The Francis Impact (see below for details).

Watch The Francis Impact – available only on Salt + Light TV!

For more on the film, including a full-length trailer, behind-the-scenes photos, and our special #TFIMOMENTS, visit the official webpage. 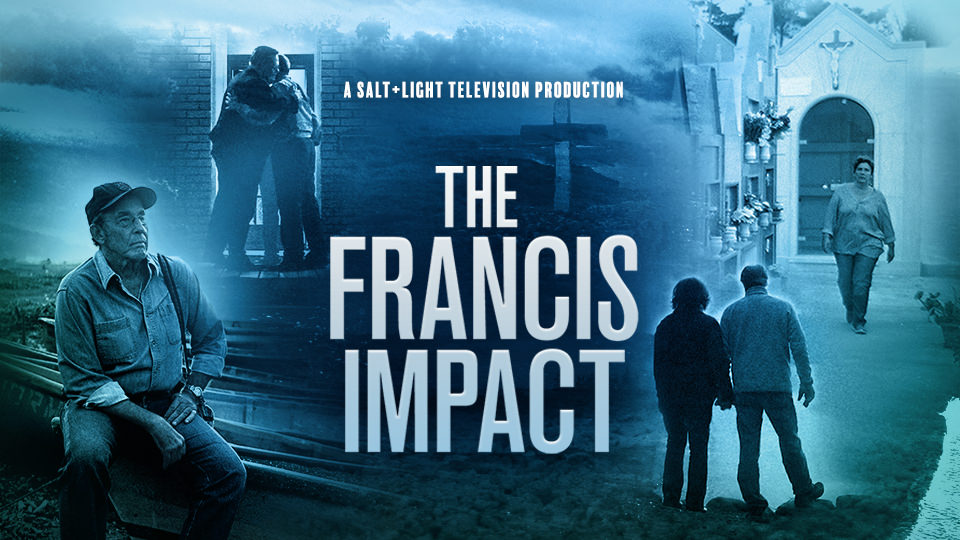