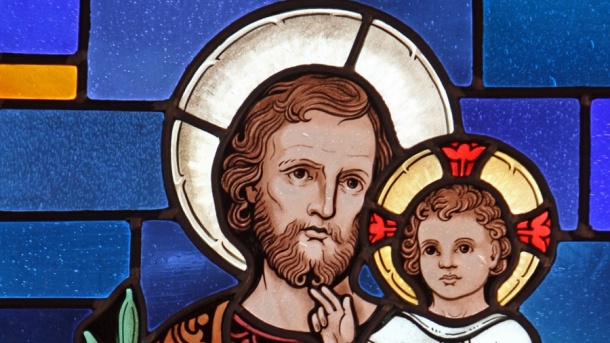 By Katrisha Villarante Got St. Joseph? We’ve been hearing a lot about St. Joseph these days and you may be wondering why. Well, his Feast Day is fast approaching (March 19) and if you don’t already know, the seven Sundays of devotion to St. Joseph is one of the most fruitful intercessory devotions that only some faithful are aware of. And who can blame them? There’s a reason St. Joseph is said to have been such a humble man, he doesn’t even have a single word in the Bible! The Saint with possibly the greatest devotion to St. Joseph is our very own Canadian – St. Andre Bessette. Who conceived the idea of erecting St. Joseph’s Oratory of Mount Royal in Montreal. Around this time last year was the first time I had ever heard of St. Joseph’s Oratory. A good friend of mine told me that it was the biggest 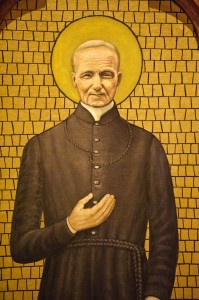 shrine dedicated to St. Joseph in the world! A few months later I was on a plane headed straight for that Oratory. In fact, I ended up staying at the John XXIII Pavillion – a very affordable lodge that is located on the same grounds as the Oratory. This journey began my devotion to St. Joseph, the adoptive father of Our Lord, Jesus. As his Feast Day approaches I have been growing evermore in my devotion to him by observing the seven Sunday’s of Saint Joseph’s sorrows & joys. 7 Sundays of devotion to St. Joseph How did it start? The story goes that, two Franciscan monks, who were ship wrecked at sea, clung to a plank for two days, were saved by a man of venerable appearance who miraculously brought them to shore. When they asked who he was, he replied, "I am Joseph, and I desire you to honor my seven sorrows and seven joys." This was the origin of the devotion to the sorrows and joys of St. Joseph.” Each Sunday, the Eucharist is taken in his honour and a sorrow and a joy of St. Joseph’s life is contemplated. The sorrows and joys go as follows: 1st Sunday – Sorrow (Mt 1:19) The Doubt of St. Joseph Joy (Mt 1:20) The Message of the Angel 2nd Sunday – Sorrow (Lk 2:7) The Povertyof Jesus’ birth Joy (Lk 2:10-11) The Birth of the Saviour 3rd Sunday – Sorrow (Luke 2:21) The Circumcision Joy (Mt 1:25) The Holy Name of Jesus 4th Sunday –  Sorrow (Lk 2:34) The Prophecy of Simeon Joy (Lk 2:38) The Effects of the Redemption 5th Sunday – Sorrow (Mt 2:14) The Flight into Egypt Joy (Is 19:1) The Overthrow of the idols of Egypt 6th Sunday – Sorrow (Mt 2:22) The return from Egypt Joy (Lk 2:39) Life with Jesus and Mary at Nazareth 7th Sunday – Sorrow (Lk 2:45) The Loss of the Child Jesus Joy (Lk 2:46) The Finding of the Child Jesus in the Temple   These seven Sundays are best celebrated preceding the Sunday just before the Feast of St. Joseph. However, you can observe these any time of the year and as frequently as you like. In the 1830’s Pope Gregory XVI promoted this special devotion by attaching several indulgences to it. St. Teresa of Avila also had a special devotion to St. Joseph. She said, “I know by experience that the glorious St. Joseph assists us generally in all necessities. I never asked him for anything which he did not obtain for me.”  Everyone’s Saint Although, many Saints and Blesseds have had devotion to St. Joseph, he is truly a Saint for us all. Did you know that St. Joseph is an intercessor for several different designations? Some of his designations include: Guardian of the Pure in Heart, Hope of the sick, Consolation of the afflicted, Patron of the dying, Model of Workers, Protector of the church, Support of Families and Terror of Demons.  He’s got something for everyone. Pope France loves him too! My trip to St. Joseph’s Oratory was such a memorable visit. It was nothing short of divine. I stayed three days and on the final day I found it difficult to leave. Just before I left, I said a special prayer to St. Joseph asking for his help to remember and love him more. The very next day, Pope Francis made his first Papal decree that the name of St. Joseph be added to the second, third, and fourth 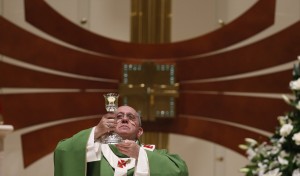 Eucharistic prayers, to be said immediately after the mention of the Virgin Mary with the words, ”with blessed St. Joseph, her spouse.” What a great gift to help us remember him everyday at mass! As the adoptive father of Our Lord, he adopts us as well. So, we mustn’t be shy to ask for his intercession. In fact, I’m certain he appreciates being remembered! Let us come together on March 19th and thank St. Joseph for helping Our Mother Mary raise Jesus so that he may fulfill God’s most loveable will. --- Katrisha Villarante is a S+L Blog Contributor from the West Coast.  She is part of the community at St. Clare’s parish in Coquitlam, British Columbia.  Katrisha is continuing her studies at the British Columbia Institute of Technology, and in her spare time blogs, jogs, and gets involved in activities at Vancouver’s Crestwell Centre, a centre for young women run by Opus Dei.  While rediscovering her faith she developed a passion for Church History and learning about little-known traditions and devotions. Top image: CNS Photo/Gregory A. Shemitz, Long Island Catholic Middle Photo: CNS Photo / Bob Mullen Lower Photo: CNS Photo/Paul Haring