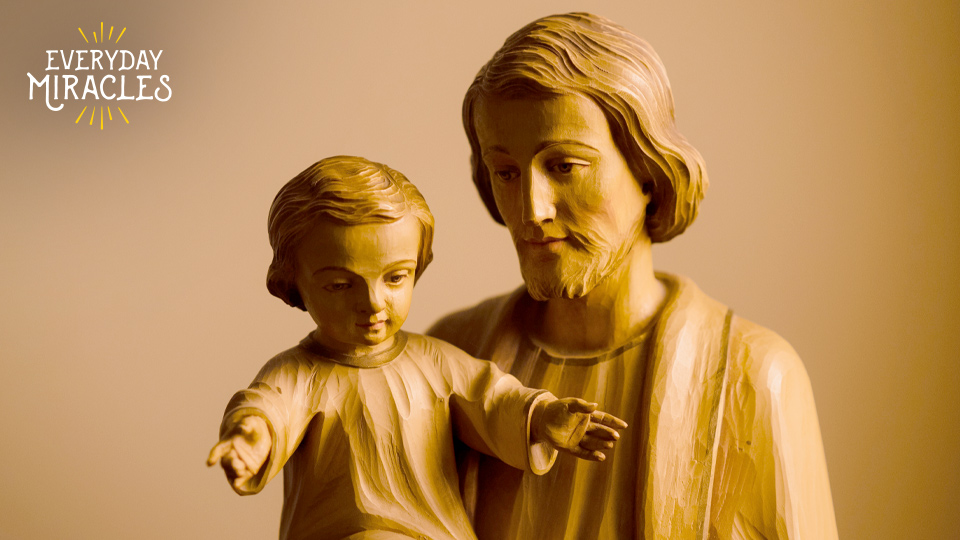 Photo by Josh Applegate on Unsplash
Last year, my wife and I were considering putting our home up for sale, but when the pandemic hit, we decided to put a pause on it. Then we discovered that we were pregnant with our second child. At the time, we were living in a noisy, 788-square foot apartment. It suddenly felt much smaller. Thankfully, our realtor also contacted us and let us know that the market was heating up and that the pandemic wouldn't prove to be an obstacle to the home sale process. We could go ahead and get started on the process of selling our home and finding a new one. We figured we would sell easily and be able to afford a bigger home than we were expecting. In August, we listed our apartment, and as a measure of faithfulness, we decided to offer up a novena to St. Joseph, who is traditionally known as a saint who would pray for us to sell our home. We knew about the tradition of burying a statue of St. Joseph upside down in a pot of soil or in our yard, but I'm not superstitious, and this felt superstitious and almost a little strange for a good Christian to do...so we didn't do that part. We were hopeful and trusted that the Lord would provide a buyer for us so that we would be able to find a home that was more suitable for our growing family. Plus, the market seemed primed. It seemed easy. After nine days, there was some interest but no bites. We decided another novena was appropriate. Still nothing! So we decided to pull out the big intercessory prayer guns. We committed to a 54-day rosary novena for the intention of selling our home: the first 27 days to pray for our home to be sold and, boldly, the last 27 days to give thanks to the Lord for the house being sold, even if it hadn't yet. 54 days is basically 6 novenas. We were pulling out all the stops. After 27 days, we heard from our realtor that a potential buyer was about to put in an offer. We got excited. The prayer worked! But after a day, they backed out. Needless to say, we were deflated. Plus, we had to face the prospect of praying for the next 27 days in thanksgiving for something that hadn't happened yet. After 27 days, still nothing. It was now December and the apartment had been listed for five months. We had already relisted and lowered the price. Still nothing. Some part of me thought back to the St. Joseph statue and wrestled with it. Out of curiosity, I ordered one online, and it arrived a week later. I buried the statue literally as a potential buyer came up the elevator, and it felt like a Hail Mary (more like a Hail Joseph!) move out of desperation. But I earnestly with all my heart didn't want this to work because, again, I'm not into weird old-wives tales and superstitions like this. So after burying the statue, we began another novena to St. Joseph to sell the house. Nine days later, we received an offer from the very same buyer. We closed the deal and sold the apartment. Now, ultimately, I believe it was God's providence at work, but there was something goofy and weird about all of that, and it required of me some level of, "Lord, I'll do anything for you." (And yes, if the Lord asked me, I'd bury another statue, but I hope he doesn't make me!) And He didn't stop there! As we began the even more difficult hunt for a new home, the market was beginning to heat up and demand for the type of home we wanted (for a bigger family) was high. After losing one bidding war, we were completely deflated. However, my wife felt called to bid on a second, identical house anyway, and without a bidding war, we managed to get it for less than the asking price (and a price that we could afford). We know that St. Joseph helped us out with that one, and we couldn't be more grateful. Joseph San Jose is a missionary, worship leader, and songwriter. He currently works for Catholic Christian Outreach in Vancouver, where he lives with his wife, Marion; daughter, Leah; and son, Theodore.