Saving liberalism from itself 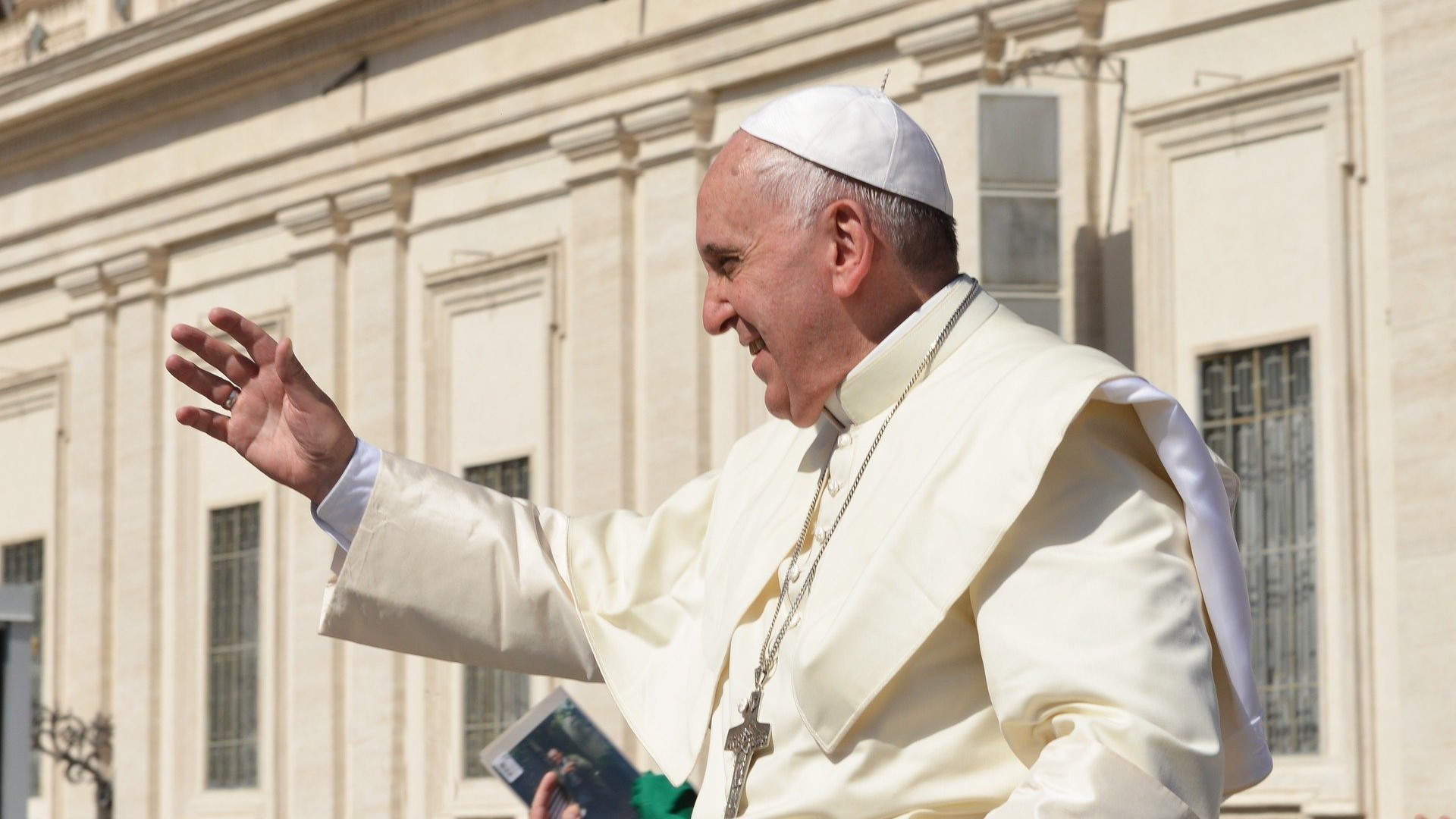 The right to private property can only be considered a secondary natural right, derived from the principle of the universal destination of created goods. This has concrete consequences that ought to be reflected in the workings of society. Yet it often happens that secondary rights displace primary and overriding rights, in practice making them irrelevant. (§120)

A large section of the encyclical is devoted to the plight of refugees, and ‘the right of all individuals to find a place that meets their basic needs and those of their families, and where they can find personal fulfilment’ (§129). There is also a powerful treatment of the duty to remember the horrors of human history: notably the Shoah, Hiroshima and slavery (§247f). Memory of such things, Francis points out, is an essential component of social and political love.

Those who truly forgive do not forget. Instead, they choose not to yield to the same destructive force that caused them so much suffering. They break the vicious circle; they halt the advance of the forces of destruction. They choose not to spread in society the spirit of revenge that will sooner or later return to take its toll. Revenge never truly satisfies victims. Some crimes are so horrendous and cruel that the punishment of those who perpetrated them does not serve to repair the harm done. Even killing the criminal would not be enough, nor could any form of torture prove commensurate with the sufferings inflicted on the victim. Revenge resolves nothing. (§251)

From there, the pope segues to his recent modification of the Church’s official teaching on the death penalty so that the Catholic position now is to rule it out entirely. The logic for this – the inalienable human dignity even of murderers – is carefully articulated towards the end of Fratelli tutti, in tandem with an ominous condemnation of war. These will be controversial passages for some. Anyone who thinks such positions platitudinous has not been paying attention to the increasingly startling views of those Catholic pundits who view neo-liberal economics – and US foreign policy – as the optimal implementation of Catholic Social Teaching. Many of Pope Benedict XVI’s concerns are echoed in clear continuity with his social encyclical, Caritas in veritate (2009), after Laudato si’ the second most cited document in the whole letter: the importance of attending to a new global political order (§138), of social action governed by the logic of gift (§139), and of combining private charitable action with political effort to change social structures (§187). But Francis has his own personal touches to bring to the tradition. He stresses the importance of meeting others, of creating a culture of encounter in which we really get to know each other in all our complexity. In the era of Covid that sounds as desirable as it is – temporarily, we hope – impossible to realise. He is committed to the notion that being human means being part of a people, an altered populism, if you like, with its own ‘mythic’ character (§158). He envisages the inclusive society as ‘polyhedral’, respectful, in other words, of categorical difference and abstaining from the imposition of homogenising frameworks (§215). And his desire for understanding between Christians, Jews and Muslims frames the whole document, peppered as it is with references to the Document on Human Fraternity for World Peace and Living Together which he and Ahmed el-Tayeb, the Grand Imam of al-Azhar, signed in Abu Dhabi last year. With much else worthy of exploration and meditation, from kindness to concupiscence, from religious freedom to forgiveness, this letter poses an incremental expansion of the tradition of Catholic Social Teaching which carefully lays bare its logic and gently radicalises some of its implications. But its real value is its coherent reiteration of the essentials of the gospel message at a time when so many of us, for good reasons and bad, risk becoming fatally distracted by non-essentials. When Pope Benedict wrote his first encyclical, Deus caritas est, in 2005, he wanted to focus on the central tenet of the faith, to give the People of God that ‘back to basics’ summons which we, the Church’s daughters and sons, need every now and again. The proof of the need for such a call will be the plentiful online venting of spleens which Fratelli tutti is almost certain to provoke, either by virtue of its title or its trenchantly ‘left-wing’ positions. Let’s hope that once the storm has subsided it will help some of the Church’s vitriolic commentators to stand back for a moment from their vicious name-calling, in most cases a habit only recently acquired, and to ask themselves how a life ostensibly devoted to universal love and reconciliation could ever have come to such a pass. One of the complaints sometimes levelled at the teaching of the Second Vatican Council is that it is redolent of the hippy-dippy optimism of the 1960s. The author of Fratelli tutti is well aware that his idealism, his dream of a new culture of universal love, his confidence that the obstacles to world peace can be faced down, all guarantee that he will be charged with an unseemly naivete. Yet no-one, not even his fiercest detractors, can accuse him of hitching himself to the optimism of the age. This is an encyclical for tumultuous times, for a pandemic wrapped inside a financial crisis encased in impending ecological catastrophe. But the roadmap is sober and practical, if seriously challenging:

We can start from below and, case by case, act at the most concrete and local levels, and then expand to the farthest reaches of our countries and our world, with the same care and concern that the Samaritan showed for each of the wounded man’s injuries. Let us seek out others and embrace the world as it is, without fear of pain or a sense of inadequacy, because there we will discover all the goodness that God has planted in human hearts. Difficulties that seem overwhelming are opportunities for growth, not excuses for a glum resignation that can lead only to acquiescence. Yet let us not do this alone, as individuals. The Samaritan discovered an innkeeper who would care for the man; we too are called to unite as a family that is stronger than the sum of small individual members. […] Let us renounce the pettiness and resentment of useless in-fighting and constant confrontation. Let us stop feeling sorry for ourselves and acknowledge our crimes, our apathy, our lies. Reparation and reconciliation will give us new life and set us all free from fear. (§78)

What is the source of such vision and encouragement at a time when hope seems impossible to come by? Whence the confidence in ordinary human goodness to send us all back to our families, to our neighbourhood and towns to work humbly wherever we are for the global common good? The answer is, of course, Francis of Assisi:

In the world of that time, bristling with watchtowers and defensive walls, cities were a theatre of brutal wars between powerful families, even as poverty was spreading through the countryside. Yet there Francis was able to welcome true peace into his heart and free himself of the desire to wield power over others. He became one of the poor and sought to live in harmony with all. (§4)

The profound spirituality of il poverello is palpable throughout Fratelli tutti. That, I imagine, is why the title, a quotation of the saint, has endured in spite of valid objections to sexist language in ecclesial texts. It’s the key that holds together the lure of a simple life, universal love and openness to Muslims. The multi-faceted revolution which Francis and his new order brought to the Church of his age was so steeped in the spirit of the poor Christ that it sparked off expectations that a new age of history was at hand. The name ‘Francis’ which the then Cardinal Bergoglio chose on accession to the See of Peter may not, it turns out, stand for a mere programme of ecclesial reform so much as offer a window onto a mystery of providence. Perhaps the Jesuit pope is refining the famous final paragraph of Alasdair McIntyre’s After Virtue (1981). What we have been waiting for is not a Godot but another – doubtless very different – St Francis. Damian Howard SJ is the Provincial of the Jesuits in Britain.   This article was originally published by Thinking Faith on October 5, 2020. Reproduced with permission.