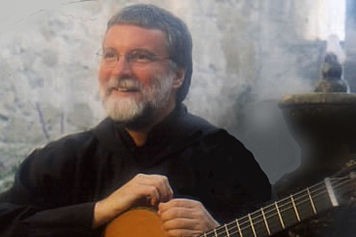 John Michael Talbot is remembered by many in Toronto for singing the Magnificat during the World Youth Day 2002, Evening Prayer with Pope John Paul II.
He has been in Christian music ministry since 1976 when he was a founding artist of Sparrow Records, and after 15 years with Sparrow, John Michael founded his own record label, Troubadour for the Lord. He is now recognized as Catholic music's most popular artist and is the top-selling Catholic artist in the world with over 4 million albums sold. He has also published 50 albums and authored 14 books. In 1982 he founded The Brothers and Sisters of Charity, the very first fully-integrated monastic community in the U.S., which he still serves as Minister General, and where he lives as a hermit. The hermitage suffered a fire in April 2008. The library and many common areas were destroyed. John Michael Talbot keeps up an active recording and touring schedule to support the community. John Michael Talbot will be in Toronto for an exclusive, free concert Wednesday, April 29th, 7:30pm at St. Paul’s Basilica. For more information, visit our event page HERE.