Saint Benedict: Seeker of God in the Ordinary Things 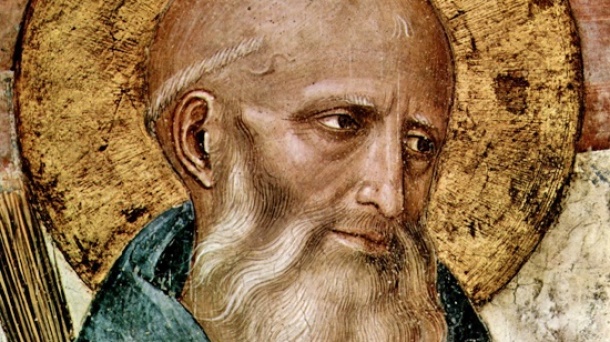 Saint Benedict never struck me as the sort who aspired to have his own feast day in the liturgical calendar.  Nor would he have taken well to the title "Patriarch of Western Monasticism."  On the contrary, all of this likely would have left him slightly embarrassed, because none of it squares with the simple life that he chose.  For someone who sought the presence of God in the ordinary, such grand gestures would have seemed entirely superfluous. That said, there's no denying the enduring influence of Saint Benedict.  Born in Umbria in the late 400's, he went to Rome for studies.  There he found the social scene repugnant, and soon he fled to the mountains outside of Rome, where he began his search for God.  From his experience as a hermit and then as an abbot, he drew the principles that undergird his appreciation of human behavior.  From Eastern sources like Saints Basil and John Cassian, and especially from his meditation on the Scriptures, he knit together a spirituality that puts him squarely in the Wisdom tradition of Christian writing. From all this Benedict distilled the elements that went into his Rule for Monks.  Today, nearly 1,500 years later, his Rule still guides men and women living the monastic life.  That might not surprise him all that much.  But his popularity among many outside of the cloister would likely astound him. For modern readers there are passages in the Rule that may seem hopelessly dated.  But peel those away and you find a  spiritual vision that centers on one fundamental goal.  People come to the monastery to seek God, and around that aspiration Benedict  structures an experience that reveals God at every turn. Benedict writes that the encounter with God ought not be rare, because one should see God regularly and easily.  All you need to do is to open your eyes.  First you will see God in the abbot, who is believed to hold the place of Christ in the community.  The monk also sees Christ in the sick brethren and in the guest and in the poor.  And in a departure from his sixth-century neighbors, Benedict writes that one can find wisdom (and God) even in the youngest of the brothers.  One is tempted to say that if Benedict were writing today, in our youth-centered culture, he would have to reverse the teaching.  Only then would you understand the counter-cultural statements he often makes. In the monastery Benedict proposes a balanced life which is neither harsh nor burdensome.  Monks are to work and pray, but they are not to engage in the competitive ascetical practices that distinguished earlier generations of monks in Egypt and Palestine.  His monks were to have enough to eat, sufficient sleep, decent clothing and all the things that were necessary for life -- in proportion to each monk's need.  In fact, Benedict discouraged any self-denial that would give rise to pride.  His asceticism was not a regimen of doing without, but rather doing exactly the same as everyone else. While prayer and meditation held pride of place in the horarium, Benedict's emphasis on the importance of work was unusual for Roman society.  All work was noble and all monks should work.  Neither should they take pride in their talents, nor should they denigrate those who work at menial jobs.  Every task and every person has value in the monastery. So what does Benedict have to offer to the 21st century?  First, and despite our tendency to think otherwise, Benedict reminds us that God is not absent from our world.  God regularly appears in the poor and the sick, and in the faces of our family and friends.  And perhaps God even shines forth in our own faces when we serve others. When it comes to a balanced life, Benedict is equally pointed in his critique.  Contemporary culture tends to value work above all else, and the highly-paid are the most respected of all.  But all work is noble, and all who work for the good of others deserve our respect.  Nor should we dismiss non-economic activity as worthless.  Prayer has no monetary value, nor do music and recreation and time with family and friends.  But in so many ways those are the activities that make life worth living. We should not need a saint to remind us of this.  But on the other hand, someone who does recall us to these priorities has to be among the saints of God.  Maybe that's why we celebrate the feast of Saint Benedict.  He certainly doesn't need it; but we do. 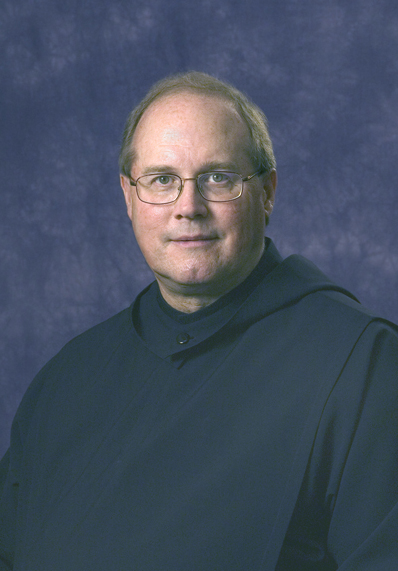 This post comes to us from Fr. Eric Hollas, OSB, a Benedictine monk and priest of Saint John’s Abbey in Collegeville, MN. He has been a faculty member of the School and Department of Theology at Saint John’s University since 1980 and currently serves as the Senior Associate for Arts & Cultural Affairs. His blog, "A Monk's Chronicle," is published every Monday.