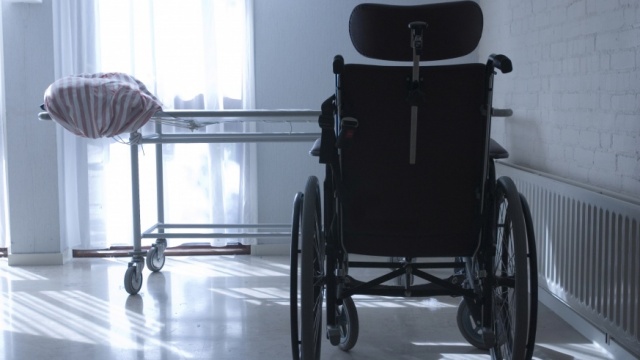 Respecting End of Life: Part 2 As many of you know, on May 6, members of the Quebec national assembly voted in favour of Bill 52, the “Act of Respecting End-of-life” making “assisted dying” legal in that province. I recently wrote about that. I had already written a bit about this in the past explaining why we should be concerned. I promised to write a bit more about it to help clarify some of the issues and to explain why I am concerned. Four years ago, while we were producing the documentary Turning the Tide, I read a book titled Final Exit by Derek Humphry. I found the book to be completely shocking and even today am amazed at the fact that it is real. In 2006, almost to reassure myself that these people are not fictional, I walked around the display tables at the Right to Die conference in Toronto. What I saw and learned gave me the chills. Let me explain. The book’s subtitle is “The practicalities of self-deliverance and assisted suicide for the dying.” In case you’re new to this, “self-deliverance” means, killing yourself. So there you have it. Derek Humphry is the founder of the Euthanasia Research and Guidance Organization — ERGO — and the founder of the National Hemlock Society, an organization that has redefined itself as “Compassion & Choices”. The Hemlock Society was an end-of-life care organization for those suffering from incurable illnesses. In 2003 they changed their name to End of Life Choices. In 2005 they joined forces with the Compassion in Dying Organization to become what they are now: Compassion & Choices. Their vision is to help build a society where everyone receives state-of-the-art care at the end of life, and a full range of choices for dying in comfort, dignity and control. What this means, of course is that if it is your choice to end your life, because you can’t deal with the pain, suffering and the “indignity” of disease and dying, you should be able to. They believe that to allow people this choice is treating them with compassion. Mr. Humphry’s first book is called Jean’s Way, where he tells the compelling story of his first wife Jean’s debilitating illness and subsequent assisted death by him. Since then, he’s assisted his father-in-law and made the call to disconnect his brother from life support. (Mr. Humphry claims that this is euthanasia – however, let me be clear: The removal of extra-ordinary care is not euthanasia. Mr. Humphry’s brother died a natural death without the extraordinary care (life-support) that kept him alive.) Mr. Humphry is also the author of Let Me Die Before I Wake and now has several editions of Final Exit. This book is the how-to book. It is very complete. It even includes a checklist. It explains how to handle your financial affairs, how to make sure you don’t hurt your loved ones, what pill combinations to take, which ones not to take and what their effects are. There is even a diagram showing step-by-step how to kill yourself using a helium tank in combination with non-prescription sleeping pills and a bag covering your head. He even includes the address of where you can order this “exit bag” kit for $50. To be fair, Mr. Humphry does try to make it clear that he doesn’t believe this book is for everyone. He is very clear to warn us that if we believe in God, or any higher power, or if we believe that we don’t have a choice or that death is bearable no matter what, or if you are depressed, then this book is not for you. This book is for competent people who are enduring hopeless physical suffering, who are in a hopeless medical condition, whose illness is unbearable and who wish to have control over their death, so as to do so with dignity and comfort. The Australian Right-To-Die group’s motto is, “I have a right to a peaceful death.” The aim of the book is, in Humphry’s words, to “allow terminally ill persons painlessly and legally to end their suffering.” This is a book for (rational) people looking for options. He says that he doesn’t advocate the killing of the disabled. He also says that many depressed people, some teen-agers even, have used his book to assist them in committing suicide. He says this is unfortunate, but that he cannot be responsible for those people. It’s interesting to note that when this book first came to Canada, it was banned, the ban was challenged in court and the challengers won. I guess the winning argument was that we have an “intrinsic human right to choose the manner, form and time in which we are to die.” I must admit, the book is very compelling. Mr. Humphry makes a very good case for his arguments. However, if you read carefully, you will note some flaws in his arguments. You will also note some red-flags. Tune in for my blog installment on Wednesday, and I’ll tell you all about them. Until then, check out our Turning the Tide page for more resources on Euthanasia and Assisted Suicide, or visit the Euthanasia Prevention Coalition, or the Catholic Organization for Life and Family site.