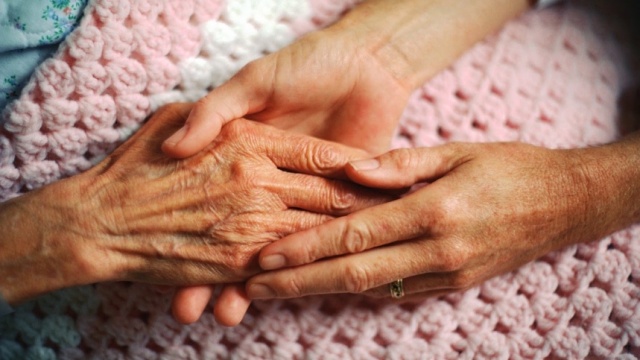 May 6 this year will go down as one of the saddest days in the history of the province of Quebec. On that day, members of the Quebec national assembly voted in favour of Bill 52, the “Act of Respecting End-of-life.” Supporters call it “medical aid in dying”. I call it what it is: Euthanasia. It is now legal in Quebec. Very sad, indeed. What’s interesting is that Euthanasia and Assisted suicide are illegal under Canadian Law, but because health is a provincial matter, Quebec pro-Euthanasia activists have managed to convince legislators that Euthanasia is a health issue. The bill says that medical aid in dying is part of “end-of-life-care” and so it was passed under the province’s health care act. It is sad, because we know how this goes: A law like this gets passed in one province or state and that empowers others somewhere else to move for a law in their province and slowly, the slope gets slipperier and slipperier until, inch-by-inch they take over the country, and before we know it, we’ll be euthanizing children as in Belgium. Unless we speak out. Those of us who respect the dignity of every human person, from conception to natural death need to take a stand in defense of the most vulnerable, especially the elderly and the disabled. We also need to insist that our country provides quality palliative care for all, not just for those in big cities or those with resources. Palliative care experts assure us that the pain is treatable. Palliative care should be the first response to dealing with suffering and pain. For those of us who are Christian – especially if you are Catholic – we have to be absolutely clear that killing another human being is never acceptable. We must educate ourselves on the issue so we can have these conversations with our friends and loved ones who may be swayed by the side that tries to convince us that it’s ok to kill someone to ease their suffering. This may be the appropriate time to remind you of what the Church teaches regarding euthanasia. A lot of people think that the Church teaches that we must prolong life no matter what. But that is not what the Church teaches. The Church instead says that we must not do anything to hasten death or in effect, kill the patient. If the patient is dying, then we are called to make them as comfortable as possible, ease their pain but not necessarily keep them alive by extraordinary means. However, if the person is not dying, breathing on their own, heart beating, as was the case of Terri Schiavo, then withdrawing food and water is, in effect, murder. Terri Schiavo was not dying – she was not on a respirator – she was healthy. Food and water were administered through a feeding tube, but feeding a patient who cannot feed him or herself is not considered extraordinary care. Food and water are very much ordinary care. This was the reasoning behind the Canadian Supreme Court ruling last October in the case of Mr. Rasouli. Mr. Rasouli was misdiagnosed as being in a persistent vegetative state since October 2010. According to his family – and apparently this is the case- he is conscious and able to communicate. He relies on the use of a ventilator. The Supreme Court of Canada upheld the unanimous decision of the Ontario Court of Appeal that requires doctors to obtain consent from patients or substitute decision-makers before withdrawing life-sustaining treatment where such a decision is anticipated to result in the death of the patient. The case of Mr Rasouli highlights another concern which illustrates the slippery slope argument, that of consent. If Euthanasia and Assisted suicide were legalized, the fear is that doctors would be making decisions based on misdiagnosis or even on what’s more convenient or cheaper, rather than on what’s in the best interest of the patient. For some patients, their best interest is to let them die naturally and comfortably. Doing things to hasten their death or killing them is never in the patient’s best interest. No matter what assisted death and euthanasia supporters say, human nature shows that no matter what we do, there’s always a slippery slope. And in matters of life and death, once we begin to believe that killing is acceptable under certain circumstances, we’ll begin to believe that killing is acceptable under any circumstances. But just because it’s legal doesn’t mean that it’s ok. Come back on Sunday to learn a bit about the right-to-die movement.