Remembering Eucharistic martyrs on the feast of Corpus Christi 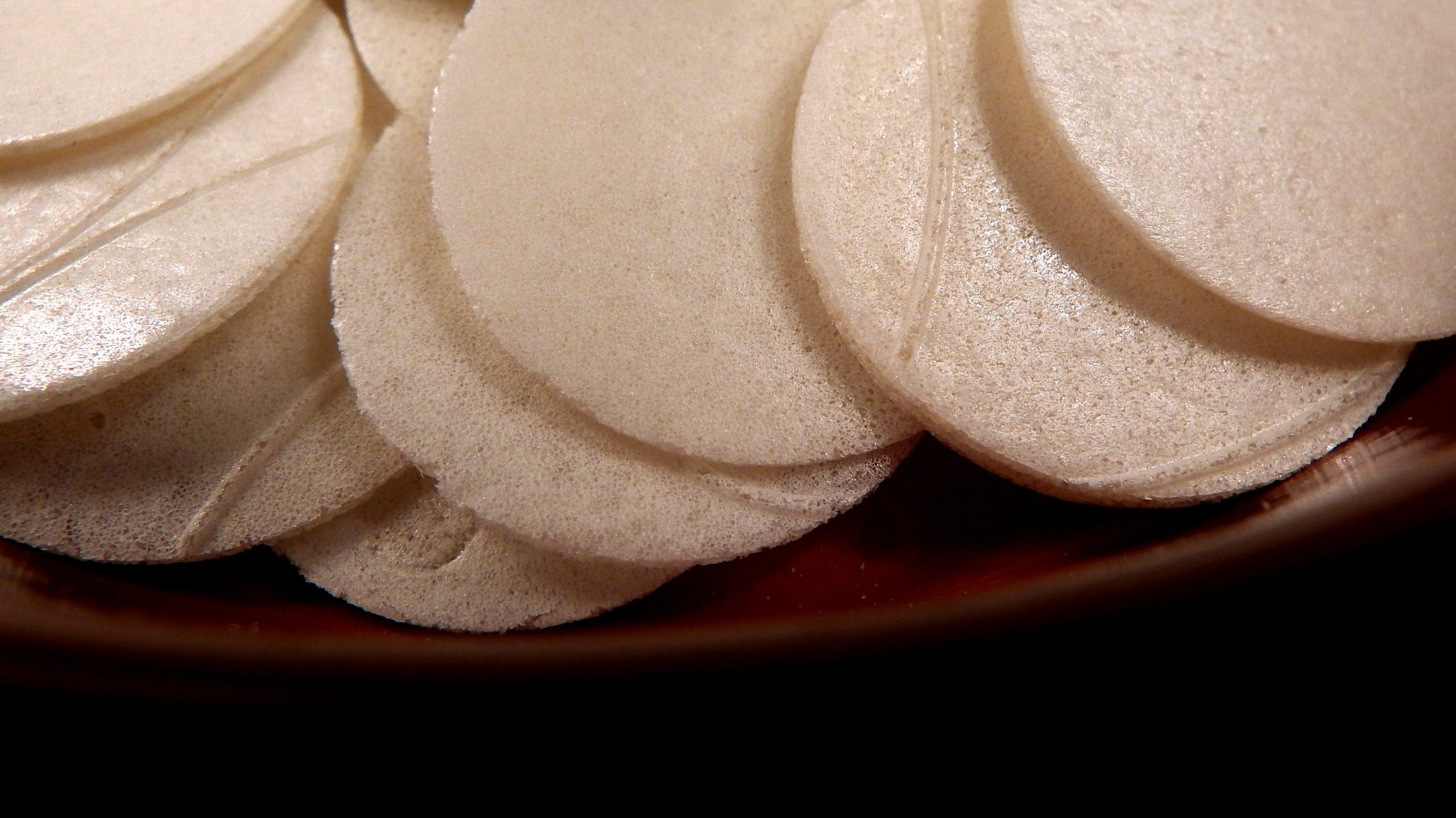 Photo by David Eucaristía from Pexels
A bishop, dressed in a white cassock, walks into a church guarded by soldiers in combat dress and carrying automatic weapons. Inside, the church has been turned into a barracks. Soldiers lounge at the tables and listen to music. “We are here to remove the Blessed Sacrament while the town is occupied,” the bishop says. The soldiers defy him, and one uses his assault rifle to destroy the tabernacle and the crucifix above it. Shocked and intimidated, the bishop turns and walks out of the church. But as he reaches his car, he stops. He looks at the crowd which has gathered, his people silently watching him. Suddenly, he turns and with determined step marches back into the church, past the soldiers, and straight to the tabernacle, where he begins to gather up the hosts that lie scattered on the ground. As bullets pound the wall above his head, he continues his task until, his mission completed, he is expelled from the church by force.
*      *      *
It is a scene from the 1989 film Romero and, in my opinion, the best one in the entire movie. It is a pivotal moment in which we see the beginnings of the man who will become a saint and a martyr. And what’s more, according to one of my Salvadoran friends, it actually happened. It is a scene that has remained imprinted in my memory and came to my mind again when I read that two of the six Cistercians who were recently declared martyrs had died defending the Eucharist in 1799. I think it is particularly relevant to reflect on their witness as we prepare for the Solemnity of the Most Holy Body and Blood of Christ this Sunday.

The Eucharistic martyrs of Casamari

On May 13, 1799, the day after Pentecost, as their army retreated north through Italy, a small detachment of twenty French soldiers broke off from the main force and entered the Cistercian monastery of Casamari, where they were welcomed by the prior, Fr. Siméon Cardon, and given food and drink. Despite the hospitality of the monks and driven by the anti-Christian rhetoric of the French Revolution, the soldiers proceeded to assault the monks and pillage the monastery. Many of the monks fled, hiding in a neighbouring wheat field. Of the few brave souls that stayed behind, three attempted to prevent the desecration of the Eucharist, gathering up the precious hosts which had been scattered. They were 74-year-old novice master Fr. Dominik Zavrel, a native of Prague; Fr. Albertin Maisonade, originally from Bordeaux; and Br. Dositeo Ciovaglia di Pofi. As they finished their task, they were brutally attacked by three soldiers, who hacked at them with their sabres. Zavrel and Maisonade died on the spot, while Br. Dositeo managed to escape and survive his wounds.

But these two monks of Casamari aren’t the only ones who have died to prevent the desecration of the Eucharist. In an epigram by the 4th-century pope Damasus affixed to his tomb, we learn that a man named Tarsicius (also spelled Tarcisius) gave his life to defend the Eucharist rather than betray it into the hands of a pagan mob, who killed him. Although we know nothing else about him, except possibly that he was a deacon, later retellings of his story depict him as a youth and an acolyte, which has led to his becoming the patron saint of altar servers. Archbishop Fulton Sheen used to tell a story of the martyr who inspired his well-known Eucharistic devotion. During the Boxer Rebellion in China at the turn of the 20th century, soldiers broke into a Catholic church, arrested the priest, and destroyed the tabernacle, scattering the 32 hosts it had contained. That night, one of the parishioners – a young Chinese girl – sneaked into the church and spent an hour in Adoration before the scattered hosts before consuming one of them. She did this every night for 32 nights, and it was on the final night, after all the hosts had been safely consumed, that she was caught and killed by one of the guards. Paul Comtois, Lieutenant-Governor of Quebec, had such a great devotion to the Eucharist that he persuaded the Cardinal Archbishop of Quebec to grant him permission to keep the Blessed Sacrament in a tabernacle in the private chapel of his official residence. When a fire ripped through the house on February 21/22, 1966, Comtois, after ensuring his family and guests had exited safely, returned to the chapel but never made it out alive. The assumption has been that he was trying to retrieve the Eucharist from the tabernacle, but unfortunately for us, the exact details of what transpired in that chapel and what his intentions were will remain a bit of a mystery. A year later almost to the day, on February 20, 1967, a local child set fire to the wooden church of St. Philip Neri in Rochester, New York. The pastor, Fr. George Weinmann, ran into the church to retrieve the Blessed Sacrament from the tabernacle. Although the Blessed Sacrament was saved, Fr. Weinmann died two days later, presumably from the effects of smoke inhalation. These are four examples that I was able to find, but I have no doubt that there must be many more in the history of the Church. And how many more must there be like Br. Dositeo, from the monastery in Casamari, who risked their lives but are not remembered because they survived?

The foolishness of God

For me, there is something fascinating and awe-inspiring about martyrs for the Eucharist. To risk one’s own life to save that of another is noble and heroic – a virtuous act any way you look at it, and you don’t have to be Christian or particularly religious to think so. But to risk one’s life for what to all appearances is a piece of bread defies all logic and can only be attributed to a deep and visceral faith. And it calls to my mind that famous statement from St. Paul: “For the foolishness of God is wiser than human wisdom, and the weakness of God is stronger than human strength” (1 Corinthians 1:25). I am sometimes jealous of people who have a real affective devotion to the Eucharist, who can really feel an emotional connection during Mass or Adoration. For me, as I imagine for many people, my relationship to the Eucharist is 99% will (and 100% grace): I choose to believe, but most of the time, not only is it against the logic of my senses, but my heart is unmoved. The biggest battle when it’s time for Communion is not to get distracted. And it’s a battle I usually lose. And yet…there was that Sunday a few years ago when the host fell apart in the Eucharistic minister’s hand and half of it fell to the floor. We both froze in instinctive horror, not so much, I think, that Jesus had fallen on the floor but that He might be trampled into the carpet. When I told the story later to our pastor, he pointed out something that hadn’t occurred to me: that our reaction was a show of faith – because it was instinctive, because it was so deeply ingrained in us that it was something outside mere thought. And it is that deep, instinctive, visceral faith that is awakening in so many people a renewed appreciation for the Eucharist while they are being kept from it – and being brought to tears now that it is being restored to them. The automatic reaction might be to beat ourselves up and condemn ourselves for our former lack of attention and gratitude. And we should take that to heart to some extent, if it will help us change. But we should recognize, too, that our initial shock and sadness (and in some cases, anger, too) at hearing that public Masses were being suspended came from a place of deep faith. That’s what made us care in the first place. And perhaps in this time of pandemic and renewed love for the Eucharist, we might be in a better place to reflect on the witness of those who put their lives on the line for this great and mysterious gift which we have so often taken for granted. And as we prepare for the great feast of Corpus Christi this Sunday – many of us looking forward to yet another Sunday without the physical presence of the Eucharistic Sacrament while others are approaching it again for the first time in months – perhaps these martyrs might help us to understand in a deeper way and take to heart that foolishness of God that defies all human wisdom.

Down in adoration falling, Lo, the sacred Host we hail, Lo, o'er ancient forms departing Newer rites of grace prevail: Faith for all defects supplying, When the feeble senses fail. 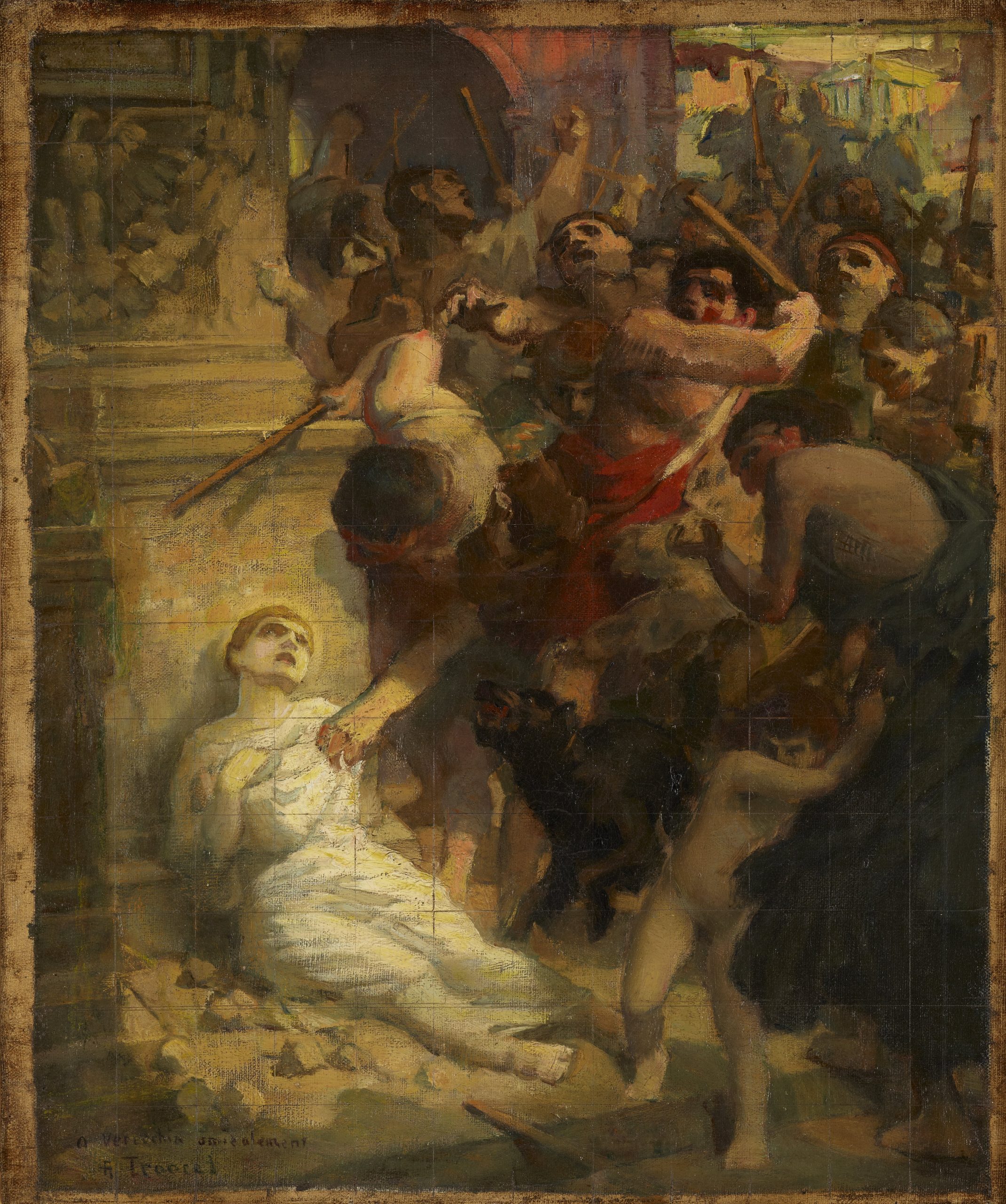