Poverello: Mission to the Homeless 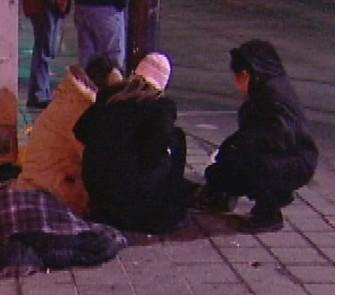 Canada is one of the more prosperous countries of the world, and yet everyday we come across people who can’t earn enough money to live on and who crowd into homeless shelters. For the first time in 2001 Canada took a census of homeless people living in shelters – the total: a little over 14,000. A survey of Toronto’s homeless done in 2006 totaled 5,000, by far the largest than any other Canadian city. The census has caused much debate, but the point is this: it is a very strong and sad reality that people are living in poverty. Whatever the breakdown could be of how this has happened, it is always inspiring to know how other people have responded to the moral obligation to reduce poverty, to make sure that as many people are treated as fairly as possible.
St. Francis of Assisi worked to rebuild the church in the early 13th century. But he was also known as Poverello; the poor little one who cared for those in need. The Franciscans carry the mission and spirit of St. Francis. In Wednesday June 27th's episode of Catholic 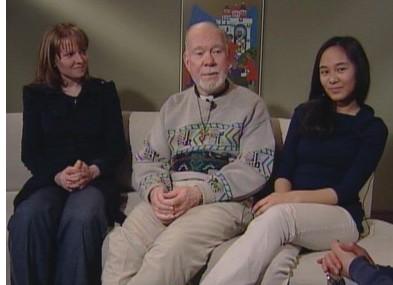 Focus – entitled Poverello -- we hear from a Capuchin Franciscan, Fr. Joe MacDonald, regarding his mission to the homeless through Poverello Charities. We will also hear from two young people, Audrey Naluz and Arianne Villa of St. Thomas Aquinas Secondary School in Brampton, Ontario, who were so touched by his work that they produced a 20-minute documentary called Poverello.Other special guests on the show include Virginia Bodsworth, a teacher from Our Lady of Mt. Carmel Secondary School, in Mississauga, Ontario and supporter of the Poverello mission and documentary, as well as Jim Chambers, teacher and supporter at St. Thomas Aquinas Secondary School.Catholic Focus: Poverello airs Wednesday at 7pm and 11pm ET with an encore presentation on Saturday, June 30th, at the same times.For more information on Poverello Charities and the work of Audrey and Arianne, check out these articles:Push Poverty Agenda, activists told. April 27, 2007.Homelessness seen through teens’ lens. October 24, 2006.Joe Jobs: Fr. Joe.