Pope sends video message to the people of Korea 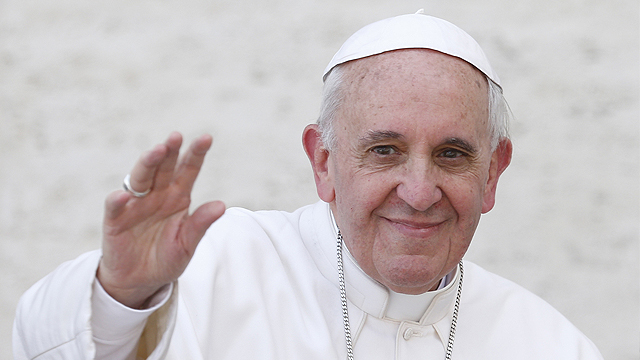 Pope Francis has sent a video message to the people of Korea, broadcast on Korean television over the weekend and ahead of his Apostolic journey to Korea.
In the message, the Holy Father begins by inviting the Korean people to pray with him that his upcoming visit will bear fruit for the Church and for Korean society in general. Quoting from the Book of Isaiah the words "Arise, shine!" the Pope asks the Korean faithful to receive the light of the Lord, a light, he says that reflects the faith, hope and love, of the Gospel. While in Korea, Pope Francis will be attending the Sixth Asian Youth Day and he stresses it is to the young people in particular that he brings the Lord’s call “Asian youth wake up! The glory of the martyrs shines on you”, which is also the theme of the event. The Holy Father goes on to say that, “young people are bearers of hope and energy for the future; but they are also the victims of the moral and spiritual crisis of our time. But, the Pope reminds them, that the only person who can save us all is Jesus, the Lord. Speaking about the Korean martyrs he will beatify on this his first Apostolic visit to Asia, the Pope says, "the light of the risen Christ shines like a mirror on the testimony of Paul Yun Ji-chung and 123 companions, all martyrs for the faith. Concluding his video message to the Korean people, Pope Francis underlines how faith in Christ has taken root deep in this land and borne abundant fruit. He also stresses that the elderly are the keepers of this legacy and  without them young people are deprived of memories. The relationship between the elderly and young people, says Pope Francis  is a guarantee of continuity among the people in a Church where we are all brothers and sisters in Christ.