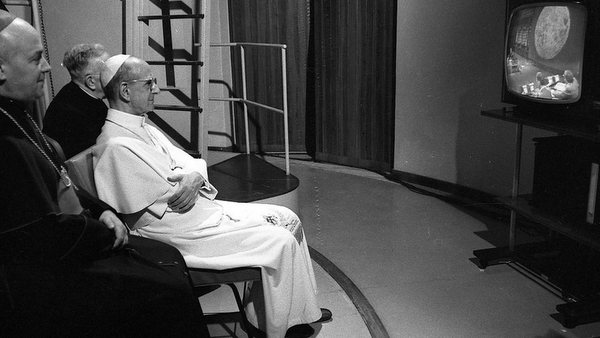 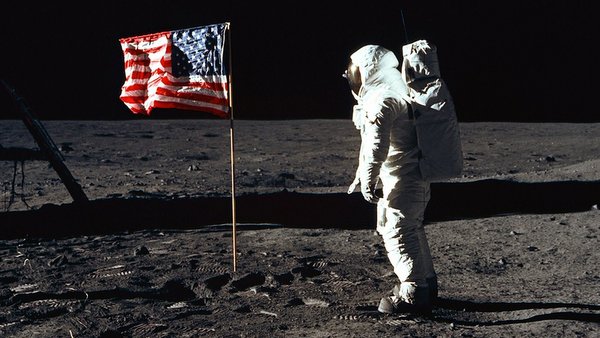 U.S. astronaut Edwin "Buzz" Aldrin poses for a photo beside the U.S. flag July 20, 1969, during the first manned lunar landing. Pope Paul VI told astronaut Neil Armstrong that he was right on the mark in describing the Apollo 11 mission to the moon as “one giant leap for mankind.” (CNS photo/NASA)  What's the role of the Church in the modern world? Watch The Church Alive series to find out.