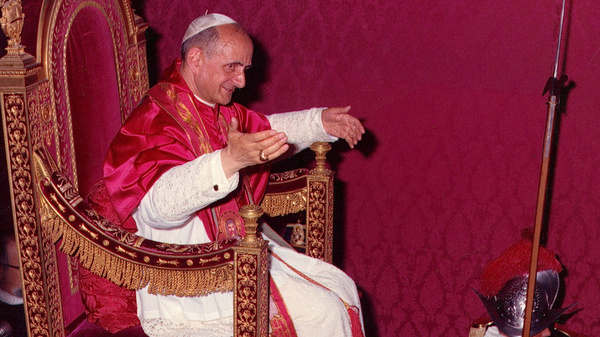 Pope Paul VI is carried on the "sedia gestatoria," a ceremonial throne, during a meeting of the Second Vatican Council in 1964. Pope Francis will beatify Pope Paul Oct. 19 during the closing Mass of the extraordinary Synod of Bishops on the family. The miracle needed for Pope Paul's beatification involved the birth of a healthy baby to a mother in California after doctors had said both lives were at risk. (CNS photo/Giancarlo Giuliani, Catholic Press Photo) To learn more about the Second Vatican Council, watch The Church Alive series, now available on DVD.

Categories:
Featured
Photo of the Day
The Church Alive