In less than a month Pope Benedict XVI will be landing in Great Britain. Today the Vatican released the official schedule for the trip. It won't be the first Papal Visit to the UK; Pope John Paul II visited the UK in 1982, but his visit was strictly pastoral. 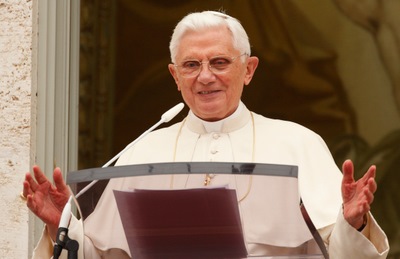 Pope Benedict's visit will be pastoral, but since he accepted a formal invitation by the UK government it is also considered a State visit. He will not only make a courtesy visit to Her Magesty Queen Elizabeth at her Scottish summer palace, he will also meet with Prime Minister David Cameron, Deputy Prime Minister Nick Clegg, and the leader of the opposition. Pope Benedict will also meet with the Archbishop of Canterbury, Rowan Williams, at Lambeth Palace. No doubt observers will be watching that meeting closely. After the meeting with Williams, the Holy Father will proceed to Westminster Hall. There, in the same hall where St. Thomas More was tried and convicted, Pope Benedict will deliver an address to British academic and religious leaders as well as members of the cultural and business world. The highlight of the papal visit, however, is meant to be the beatification of Cardinal John Henry Newman. On the evening September 18th the Holy Father will lead a prayer vigil in London's Hyde Park in preparation for the beatification. The next morning he will fly to Birmingham's Cofton Park to celebrate the beatification Mass for Cardinal Newman.  (as an aside, but related to the Holy Father's celebration of Mass during this trip: CNS is reporting that the Papal Masses will feature some of the new English translation, specifically parts of the Mass usually set to music, such as the Gloria.) Access to Papal Events on this trip is tightly controlled to ensure that those who attend papal Masses and prayer services are there out of genuine spiritual desire. People who want to attend an event must register through their parish. They are then assigned a pilgrim group, complete with a group leader and they must travel with that group on the day of the event. On the upside, they will get "pilgrim packs" along with their tickets, a pack of memorabilia, missals, maps, and other materials to make attending an event a spiritual event as much as possible. Of course the Pope will be traveling through the city by car and Pope mobile and people will be able to catch a glimpse of him as he passes. Salt + Light will be bringing you full live coverage of the visit, airing the events which are televised by the host broadcaster in the UK.  Stay tuned to our website in the coming weeks for a detailed broadcast schedule.  In the meantime, here is the schedule of the trip that the Vatican released today. Times are local with Eastern Standard Time in parenthesis: Thursday, September 16th (Rome, Edinburgh, Glasgow, London) Friday, September 17th (London) 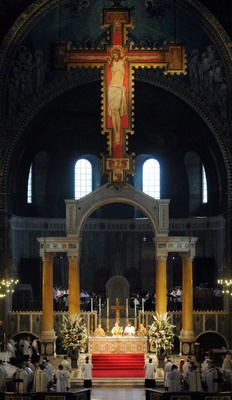