Pope in UK: A September Celebration, an October Feast

For those of you devoted to Cardinal John Henry Newman, you may want to circle it on your calendar. 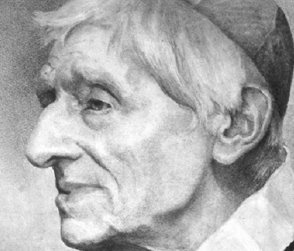 October 9th. That was the day of the Cardinal's conversion to Catholicism in 1845. And Pope Benedict XVI is set to announce it as his feast day when he officially declares the English scholar beatified on September 19th of this year. That's according to a special edition of Magnificat, published specifically for the liturgies and events of next month's Papal Visit to the United Kingdom. One million copies of the booklet will be distributed to parishes across England, Scotland and Wales. The London-based Catholic Herald has more HERE. The Beatification Mass of Cardinal Newman will highlight the Holy Father's September 16th-19th visit to the United Kingdom. Salt + Light Television will bring you full coverage of the Mass, as well as all the other liturgies and events during the Apostolic Journey. Keep an eye on our blog in the coming days for a posting of broadcast details.