Pope In Mexico: Homily during Mass with Religious in Morelia 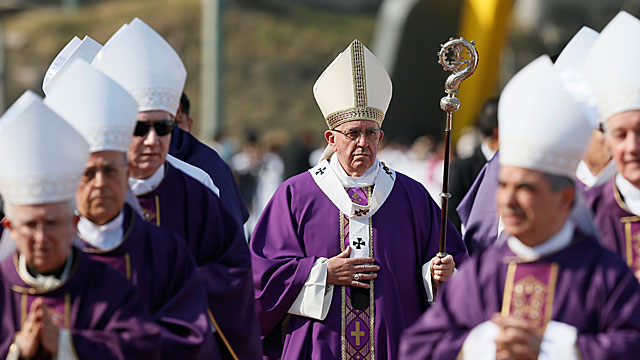 On Tuesday, February, 16, 2016, Pope Francis celebrated Mass with priests, seminarians and religious men and women in Morelia, Michoacan during his first visit to Mexico. Below find the full text of his prepared homily: