Pope In Mexico: Address to Bishops in Mexico City 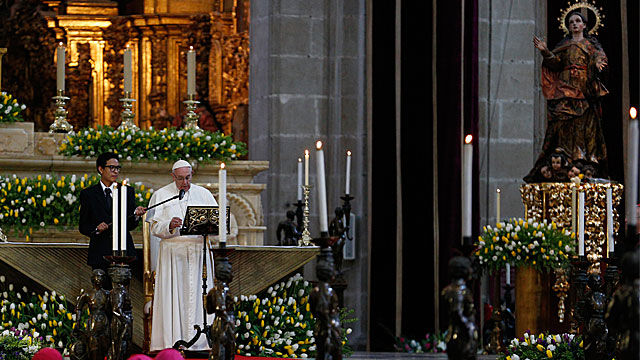 On Saturday, February 13, 2016, following the meeting with the President of Mexico, Enrique Pena Nieto and his meeting with the Authorities of Mexico, Pope Francis met with the Bishops of Mexico at the Metropolitan Cathedral of the Assumption in Mexico City. Below, find the full text of his prepared address, followed by the Angelus Address: