Pope In CAR: Address to Authorities and Diplomatic Corps 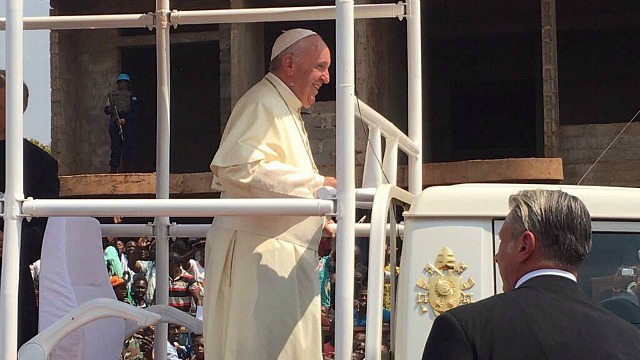 On Sunday, November 29, 2015, Pope Francis arrived in the Central African Republic for the final leg of his first Apostolic Visit to Africa. Below you will find the full text of his address at the Presidential Palace in Bangui: