Pope in Armenia: Address to Civil Authorities and the Diplomatic Corps 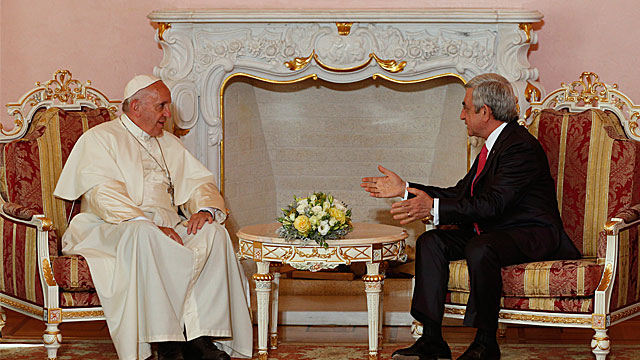 On Friday, June 24, following his visit to the Armenian Apostolic Cathedral, Pope Francis met with the President of Armenia in Yerevan. After his private meeting with President Serzh Sargsyan, the Holy Father gave the follow address to the civil authorities and the diplomatic corps.