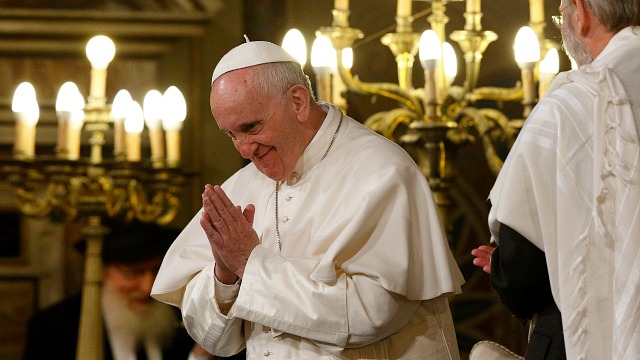 Pope Francis on Sunday became the third pope to visit Rome's synagogue in a sign of continuing Catholic-Jewish friendship. During the visit that featured welcome speeches by prominent members of Rome's Jewish community and a speech by the Pope, Francis greeted a number of people including including several Holocaust survivors. Below you will find the full text of his address: 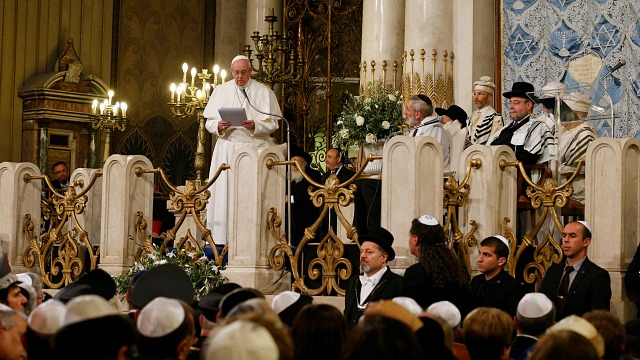 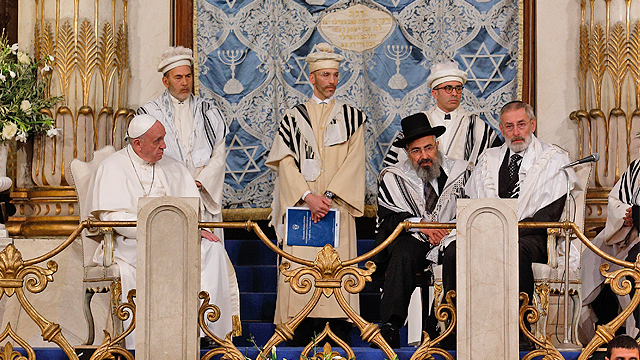