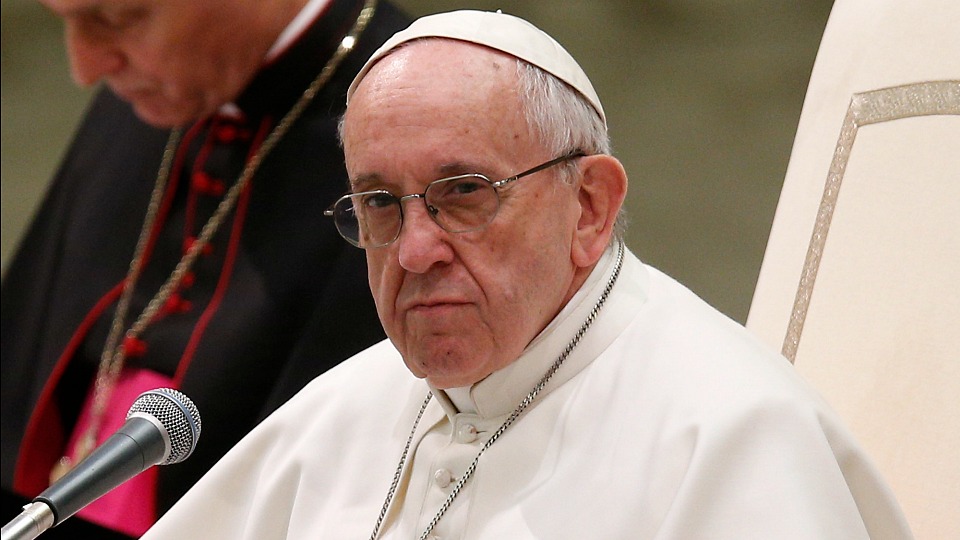 CNS photo/Paul Haring
The Spanish daily newspaper El País published last Sunday a long interview with Pope Francis, who spoke to the journalist Pablo Ordaz on January 20th. For more than one hour, inside a normal room in Casa Santa Marta, the pontiff explained that “in the Church there are saints and sinners, decent men and corrupt men” but what worries him the most is “a Church that has been anesthetized by mundanity,” one that is far removed from the problems of the people. The conversation focused on many topics, in which the Holy Father reiterated that clericalism is “the worst evil that the Church faces today.” At the same time he said that “if a pastor defends himself from the concrete reality of the world he becomes an officer, a simple administrator, and a Church which is not close to the people is not a Church”. The Pope returned to the tragedy of refugees: “the Mediterranean is a graveyard, which should make us reflect.” He paid tribute to Italy, which despite all the problems of the earthquake continues to welcome migrants. Vatican diplomacy – the Holy Father explained - builds bridges, not walls and it is a mediator, not an intermediary in the sense that all the actions to promote peace and justice are not for its own interests but for the benefit of the peoples. Pope Francis was asked in particular about current world events, including the election of Donald Trump as President of the United States. “I think we must wait and see,” he said with regard to the new US administration. “I don’t like to get ahead of myself nor judge people prematurely. We will see how he acts, what he does, and then I will have an opinion. The pontiff also warned the Europeans against populism, saying they should not repeat the same mistakes as in the 1930s when they turned to "saviours" to resolve the economic and political crisis only to end up at war. Pope Francis concluded the interview saying he has not watched TV since July 1990, but that he doesn’t miss it, and added “The Lord is good, and hasn’t taken away my good humour.”