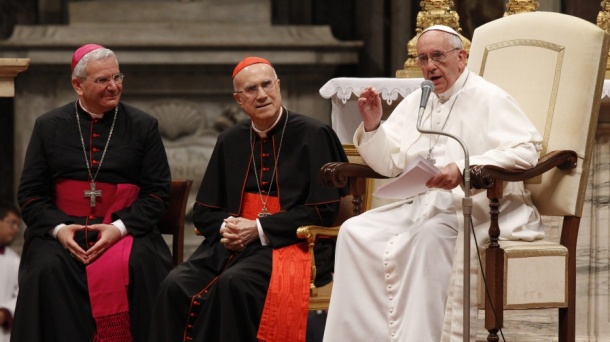 This evening in Rome, Pope Francis addressed a group of pilgrims from the Italian diocese of Bergamo in St Peter's Basilica, where they had gathered to mark the 50th anniversary of the passing of one of their most illustrious sons, Blessed Pope John XXIII. The following is Vatican Radio's English translation of the Holy Father's remarks.