Pope Francis reflects on his apostolic journey to Canada 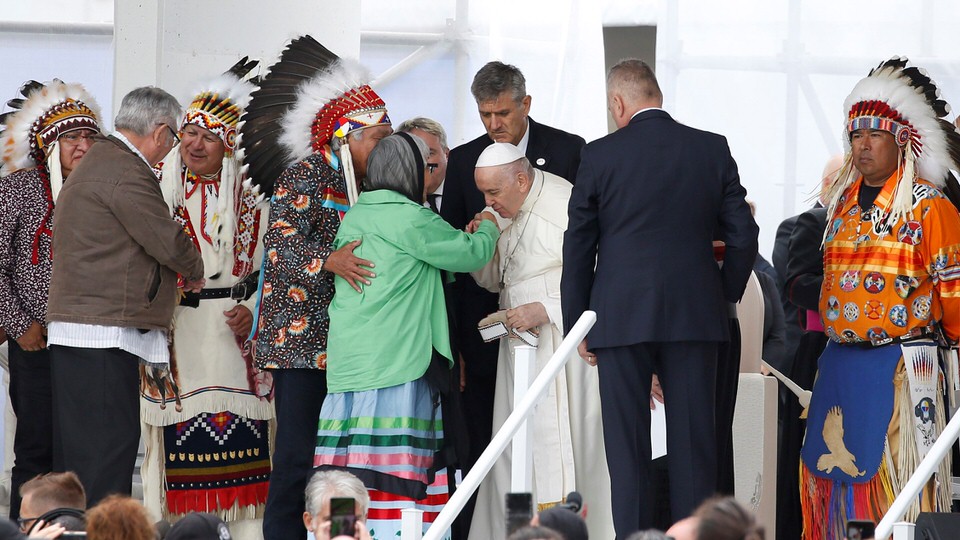 Pope Francis kisses the hand of a woman during a meeting with First Nations, Métis and Inuit communities at Maskwacis, Alberta, July 25, 2022. (CNS photo/Paul Haring)

Today, after a month's hiatus, Pope Francis resumed his weekly Wednesday General Audience. When he returns from a journey abroad, the Holy Father normally uses the General Audience as an opportunity to reflect on his recent visit. Today, he offered some words on his six-day "penitential pilgrimage" to Canada, where he met with the First Nations, Métis, and Inuit and apologized for the abuses they experienced at the hands of members of the Catholic Church, particularly in the residential schools. Read the full text below: