Pope Francis on his Pontificate to date 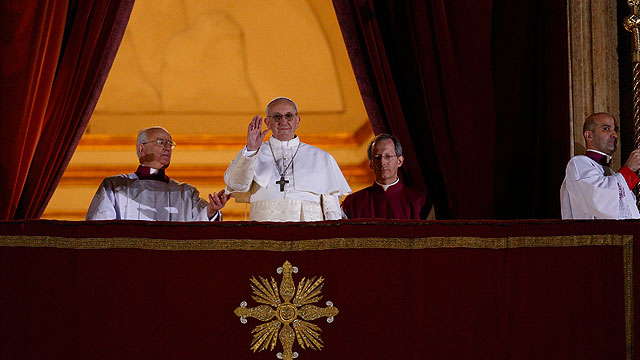 (Vatican Radio)  Migration and drug trafficking, the reform of the Curia, the challenges of the Synod for the Family and the need to make the Church a safe home for all children and vulnerable adults. In a wide-ranging interview with Valentina Alazraki, from the Mexican broadcaster Televisa, Pope Francis has marked the second year of his pontificate by addressing the hot topics that have dominated public discourse since his election to the papacy, revealing details of the Conclave that made him the 265th Successor of St. Peter.
It was the Holy Father’s choice that the interview with the Mexican broadcaster take place in Casa Santa Marta, in the room where the his Council of Nine cardinals hold their meetings and which is dominated by a large image of the Virgin of Guadalupe.
Indicating the image the Pope explained that the Mexican Virgin is a "source of cultural unity, which leads to holiness in the midst of so much shame, so much injustice, exploitation, and so much death."
The interview begins with the question as to why a stop in Mexico was not scheduled as part of the papal journey to the USA for the World Day of Families in September.
The Pope replies that he thought of entering the United States through the border with Mexico. But going to Ciudad Juarez or Morelia without visit to Our Lady of Guadalupe would be perplexing for Mexicans. The Pope also says he cannot pay a fleeting visit to Mexico, any visit to the nation and its people  would need at least a week and he promises to pay a visit as soon as possible.
The journalist asks the Pope, as the son of immigrants, for a reflection on what it would have meant to have entered the US via such a significant border for the phenomenon of migration.
Pope  Francis responds by pointing out that not only Mexicans cross that border, but people from throughout Central America, for example Guatemala, cross Mexico in search of a better future. “Today - says Francis - migration is the result of a malaise in the etymological sense of the word, the result of a hunger. The same happens in Africa, with the Mediterranean crossings, people who come from countries that are going through difficult times because of hunger, wars. “Today – clarifies the Pope – migration is linked to hunger and lack of work. People are being discarded and forced to seek employment elsewhere."
“Right now the problem of global migration is very painful. Because there are various borders of migration. I rejoice that Europe is reviewing its migration policy. Italy has been very generous and I want to say that. The mayor of Lampedusa, who is a woman, has put herself on the line at the cost of transforming the island from a tourist destination to a place of asylum and welcome. Which means earning less money. This is heroic. But now, thank God, I see that Europe is reviewing the situation. Returning to the migration across the Mexican border, the area also has ??problems due to drug trafficking. Morelia and that whole area is an area of ??great suffering, where organizations of drug traffickers are not subtle in the least. They carry out their work of death, they are messengers of death both for drugs, and their  'making a clean sweep' of those who oppose drugs, the 43 students (of Iguala) somehow are asking, I would not say for revenge, but for justice and to be remembered. And in this regard I wish to satisfy a curiosity: I wanted to make the Archbishop of Morelia a Cardinal, because he is in the firing line, he is a man who really is in a hot spot and is a witness of Christian life, a great priest. But we will talk  later about the Cardinals.
The journalist asks the Pope if the fact that he is Latin American makes him feel more responsible for having to give voice to the millions of people who are forced to leave their countries, cross borders and barriers world over.
The Pope replies in the affirmative. He wants to be the voice of migrants and that his sensitivity towards migrants is not ideological, but it is spontaneous and comes from his personal history and his migrant parents.
The journalist returns to the case of the 43 students of Iguala and asks the Pope how people can react to this difficult situation drawing on their values ??and cultural resources alone.
The Pope recalls Mexico’s long history of saints and martyrs and reiterates the importance of committing at an altruistic level to society in order to overcome the country’s ills. The Pope says “we cannot turn away as if the problems did not concern us all and we cannot blame it all on the government or one sector, group or person, because that would be infantile." 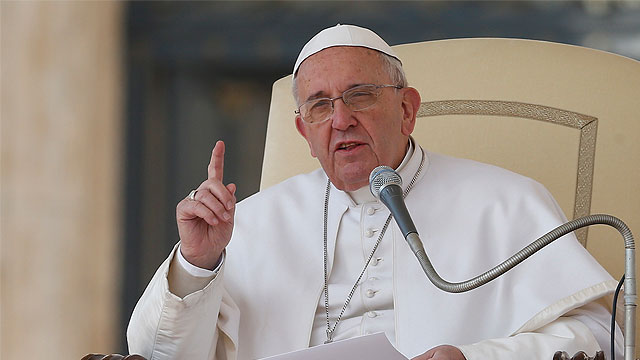 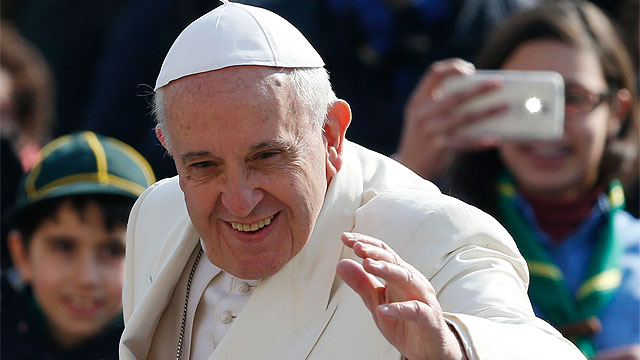